Newly released data shows that those Americans who only occasionally go to church services are more likely to hold so-called “alt-right” views, compared to those who regularly attend or never go at all. The former chief justice of Pennsylvania’s Supreme Court has warned that the release of a grand jury report into allegations of sexual abuse and coverups by the Catholic Church in that state could violate the constitutional rights of those named in the report. A former member of the Pontifical Commission for the Protection of Minors has said that proposals made by Cardinal Donald Wuerl in the wake of the Theodore McCarrick scandal do not go far enough. Will Cardinal O'Malley's response to McCarrick allegations be enough? Bishop Pineda’s resignation, what it means and what happens next

The resignation of Bishop Juan José Pineda Fasquelle on Friday morning is the latest in a series of episcopal scandals breaking across the Church. He is accused of multiple counts of sexual and financial misconduct, and how his case is handled will be closely watched. 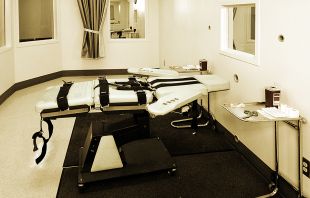 What’s next for Cardinal McCarrick? How the Church addresses sex abuse allegations

The allegation that Cardinal Theodore McCarrick sexually abused a teenager is a bombshell for the Catholic Church in America. The United States Conference of Catholic Bishops is meeting this week in Fort Lauderdale for its annual spring session. The bishops have had serious discussion about a number of issues, among them immigration. On Wednesday, their discussion took an unexpected turn. Commentary: Virtue and a losing team

Last week I offered to spend an afternoon carrying things for my aunt, who wanted to go to an airplane hanger-sized thrift store and see how much of it would fit in her car.

Williamson debate should remind us: 'thou shalt not kill'

The recent outrage against Kevin Williamson’s conclusion that abortion should be treated as homicide, even if murder leads to execution, was predictable. But the number of pro-life people defending Williamson while disowning his premise - that killing should be treated the same under law, regardless of the whether or not the victim is in the womb - has been surprising. Leaving aside for the moment, if it is possible, the horrific image of mothers hanging from gallows, are pro-life advocates who disavow Williamson’s conclusion not ceding the abortionists’ point: that a child in the womb is less of a person, and that killing them is less of a crime? Those who say that Williamson’s argument is beyond the pale, while being horrified by academics like Peter Singer, who argue for the right to murder infants after birth, or by the crimes of Kermit Gosnell, who actually did so, engage in a kind of doublethink - trying to maintain a baby isn’t a baby one second before birth, but is one second later. Still it can’t be forgotten that, already in law, not every criminal killing is murder. The law we have distinguishes between premeditated murder and, for example, negligent homicide. Surely there is room to make similar distinctions around abortion without compromising the basic premise that it always takes an innocent human life. It is easy to see, invoking the Gosnell example, that aborting some babies is logically and medically indistinguishable from murder. But, likely more frequently are cases, especially involving early terminations by very young mothers, where abortion is more something done to women, rather than by them, and the instinct to treat mothers as the second victims of abortion is absolutely right. Some, like Ross Douthat, have argued that abortion, even when acknowledged as the taking of innocent human life, is always sui generis. He, and many other pro-life advocates, consider that the situation of a pregnant woman is so unique that it demands its own legal approach, one which errs on the side of presuming in favor of the woman, even while bearing down upon the abortionist. I am sensitive to the instinct, which I share. And it is certainly essential to acknowledge that the damage done to so many women by abortion is far too traumatic, too soul-scarring, to give thought to legal penalties. But getting back to the cold judicial reasoning of Williamson’s argument, the logic of “abortion is homicide and should be treated as such under law”, together with the instinctive emotional push back against the idea of “hanging” mothers who undergo abortions, isn’t a case for being more steely-eyed about women who have abortions. Rather, it should remind all of us of the moral gravity of deploying the death penalty at all - even in clear cases of murder. At an emotional level, I am comfortable with imposing the death penalty on the likes of Kermit Gosnell or the British child abductor and murderer Ian Huntley. I am rather less emotionally comfortable with the execution of all other murderers, sometimes for reasons I do not completely understand. But justice should never be about emotion, nor its imposition measured against our level of satisfaction versus squeamishness. In drawing a distinction between, say, Ian Huntley and a gang-land killer, am I not making the same, if inverted, determination as the abortion advocate: that one person is less deserving of life than another? If one’s opposition to abortion is rooted in a theological understanding of the sanctity of human life, rather than the more utilitarian motivations of humanism, the answer becomes even more obvious. An absolute commitment to the sanctity of human life is, at its core, a sign of respect for the image of God the creator in His creation. The imposition of the death penalty, however merited or necessitated by circumstance, is a tacit conclusion that a person can forfeit his essential nature as a child of God, beyond earthly rehabilitation. While its theoretical availability is well-settled in human history and even theology, its practical use demands of us a measure of moral certitude which should give us serious pause. The missed opportunity in the frenzied discussion of Kevin Williamson’s remarks was to miss that he placed, side-by-side, the double moral failures of the American legal system- that it permits casually taking human life in the womb and in the execution chamber. Pro-life advocates are often challenged to justify their presumed support for the death penalty in the light of their absolutist arguments for the sanctity of human life. The brutal logic of Kevin Williamson’s conclusion is a mirror into which both pro-death penalty and pro-abortion advocates should have the courage to look. The debate Williamson’s circumstances has caused has, tragically, not elevated beyond the the level of who should be killed. How much better would our society be if we could all agree on something more fundamental - “thou shalt not kill?”