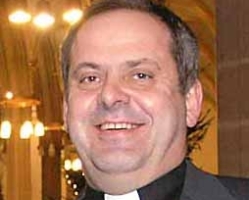 An Anglican cathedral is trying to accommodate those of its faithful who do not accept female clergy by allowing parishioners to decide whether to accept communion bread blessed by its female canon or by a male priest.

Blackburn Cathedral in Lancashire recently installed Rev. Sue Penfold as a residential canon. Cathedral canon Andrew Hindley explained the decision to This Is Lancashire, saying it was agreed by all the clergy that it was the best way to handle what they called a “mixed economy.”

“This situation is not ideal, but we are trying to be inclusive,” Canon Hindley said, adding that Rev. Penfold had been appointed to Blackburn Cathedral to reflect the “board views” of the Church of England.

The communion practice was announced to worshipers when it was introduced last year but it is reportedly implemented in a “very discreet manner.”

The practice was attacked by Sally Barnes of the Anglican feminist group Women and the Church. She said it was “unacceptable and disgraceful” to turn communion into “a buffet.” She claimed the practice labeled women as “tainted” and that many people in the area have complained about it.

The traditional-leaning Anglican group Forward in Faith, which opposes women bishops, said the practice was unusual. According to This Is Lancashire, group spokesman Stephen Parkinson called it “bonkers” and said he did not understand why the women priests put up with it.

The Church of England began ordaining women to its priesthood in 1994. Some Anglicans have broken with the church on this issue, forming their own associations, while others have left the Anglican Communion for the Catholic or Orthodox Churches or Protestant denominations.

The Catholic Church does not recognize Anglican ordinations or communion ceremonies as valid. Neither the Catholic nor Orthodox Churches recognize the ordination of women as valid.