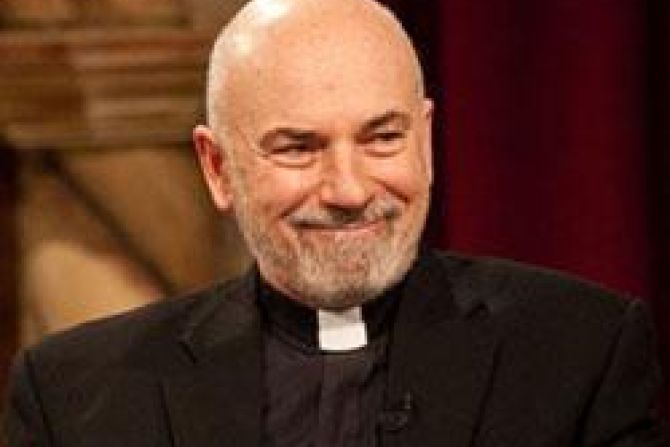 In the wake of being suspended over what he claims are unproven allegations, popular speaker Fr. John Corapi announced that after 20 years in ministry, he is leaving the Catholic priesthood.

“I am not going to be involved in public ministry as a priest any longer,” he said in an online post. “There are certain persons in authority in the Church that want me gone, and I shall be gone.”

In a June 17 post on a website with the title of his new ministry “Black Sheep Dog,” and a related YouTube video clip, Fr. Corapi outlined his reasons for leaving.

He said that he feels unjustly accused, that the process of clearing his name has been too sluggish and that there are authorities in the Church who are intentionally trying to oust him.

Fr. Corapi's decision comes while he is on administrative leave, which his religious superiors placed him on this past March, following allegations of misconduct.

He claimed in a March 19 statement that a 3-page letter submitted by a former, unidentified female employee was entirely “false.” The letter claimed that the priest took part in sexual encounters with several adult women and engaged in habitual drug use.

A member of the Texas-based Society of Our Lady of the Most Holy Trinity, Fr. Corapi is an internationally-known speaker and author who has appeared regularly on Catholic television and radio programs.

He gained a widespread audience with his conversion story. After a prominent career as a wealthy businessman, his life spiraled out of control due to a cocaine addiction, eventually leading to him living on the streets. He later came back to the Catholic Church and was ordained a priest.

On March 18, Fr. Gerry Sheehan, Regional Priest Servant for the society, issued a statement defending the suspension, saying that he and other authorities were “duty-bound to conduct an investigation in this accusation.”

Fr. Corapi said in his online post Friday that he has “been guilty of many things in the course of my life, and could easily and justifiably be considered unfit to engage in public ministry as a priest.”

However, referring to the woman in question, he said that the “present complaint that you have heard about is, as far as I know, from the one person that I can honestly say I did more to help and support than any human being in my entire life.”

“I forgive her and hope only good things for her. I am not going to get into a back and forth or argument with the Church or anyone else about this matter.”

He said that even though he loves the Catholic Church, the process used following the allegations “is inherently and fatally flawed, but the bishops have the power, apparently, to operate anyway they see fit.”

“I cannot give a lengthy explanation of what has transpired, but I can tell you that the most likely outcome is that they leave me suspended indefinitely and just let me fade away.”

“My canon lawyer and my civil lawyers have concluded that I cannot receive a fair and just hearing under the Church’s present process,” he said. “The case may be on hold indefinitely, but my life cannot be.”

Fr. Corapi said that he'll move forward by through ministry both within the Church and outside of it.

“I shall continue, black sheep that I am, to speak; and sheep dog that I am, to guard the sheep – this time around not just in the Church, but also in the entire world.”

“My topics will be broader than in the past, and my audience likewise is apt to be broader,” he added. “I’ll do what I can under the circumstances.”