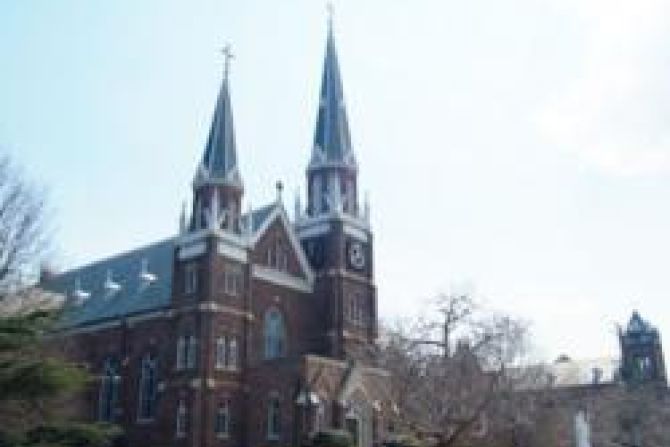 Facing Belmont Abbey College’s legal challenge to the HHS contraception mandate, the Obama administration has asked a U.S. district court to dismiss the case. The move drew criticism from the Becket Fund for Religious Liberty, which charged that the administration made no attempt to defend the constitutionality of the rule.

“Apparently, the administration has decided that the mandate, as written and finalized, is constitutionally indefensible,” contended Hannah Smith, senior council at the Becket Fund for Religious Liberty, which is representing the Catholic college.

“Its only hope is to ask the court to look the other way based on an empty promise to possibly change the rules in the future.”

Because of the accommodation, the “safe harbor” period, and the possibility the school’s health plan is eligible to be grandfathered in, the government lawyers contended, the suit cannot demonstrate an “imminent injury” necessary for court action, the lawyers said in a Feb.16 motion to dismiss in the U.S. District Court of the District of Columbia.

But Smith was dismissive of the lawyers’ claim.

“Promises, promises. The administration is taking the remarkable position that announcing future plans at a press conference means the courts should ignore what the law on the books actually says.”

“Religious organizations are rightly skeptical that the government will fix the flagrant violation of religious liberty by commandeering the insurance industry,” she said in a Feb. 17 statement. “If this is the best the administration can do to defend its mandate, it won’t last long.”

Belmont Abbey College’s lawsuit challenged the mandate on the grounds it would substantially burden its First Amendment freedoms. The mandate requires all new insurance plans to cover, without a co-pay, FDA-approved methods of sterilization and contraception, including some abortion-causing drugs.

Catholic teaching recognizes sterilization and contraception as sinful, but the HHS has ruled that they qualify as “preventive health care” and will be covered under the 2010 health care legislation.

Failure to comply with the mandate could result in annual fines of $2,000 per employee.

While the mandate allows a religious exemption, the Benedictine-run Belmont Abbey College believes the exemption is so narrow that it does not qualify.

Both the original mandate and the proposed accommodation have come under heavy criticism.

“It is an insult to the intelligence of Catholics, Protestants, Eastern Orthodox Christians, Jews, Muslims, and other people of faith and conscience to imagine that they will accept an assault on their religious liberty if only it is covered up by a cheap accounting trick,” the letter stated.