Virginia is expected to become the first southern state to abolish the death penalty, after its general assembly voted on Monday to end the practice.

The state senate voted 22 to 16 to approve H.B. 2263, which would abolish the death penalty in the state including for inmates currently on death row. The state house has approved an identical version of the bill by a vote of 57-43.

Both chambers previously passed death penalty repeal bills, but had to pass a reconciled version of the legislation to send it to the governor's desk. Gov. Ralph Northam (D) is expected to sign the bill into law.

In the state house of delegates, two Republicans joined Democrats in favor of abolishing the death penalty; in the Senate, one Republican joined all Democrats in voting to abolish capital punishment.

Virginia currently has two inmates on death row. The last execution in the commonwealth was in 2017, but no one has been sentenced to death in the state since 2011.

Virginia has executed more people in its history than any other state; nearly 1,400 people have been put to death in the state dating back from the colonial era. Since the death penalty was re-established in the United States in 1976, 113 people have been executed in Virginia, more than any state except Texas.

Both of Virginia's Catholic bishops stated their support when versions of the bill passed the legislature earlier this month.

"We offer – and affirm the utmost need for – prayerful support for the families of victims of horrific crimes. We also affirm, with clarity and conviction, the words of the Catechism of the Catholic Church: '[T]he death penalty is inadmissible because it is an attack on the inviolability and dignity of the person'," Bishop Michael Burbidge of Arlington and Bishop Barry Knestout of Richmond stated on Feb. 5.

The U.S. bishops' incoming doctrine chair has also called the death penalty part of the "throwaway culture" which "kills people to solve problems."

A total of 23 states, including Virginia, have now banned capital punishment. According to the Death Penalty Information Center, the U.S. is now in the longest period in 40 years without a state execution; Texas executed the last inmate on July 8, 2020, 225 days ago.

However, in that time span the Trump administration executed 13 people after nearly a two-decade moratorium on the federal use of the death penalty. 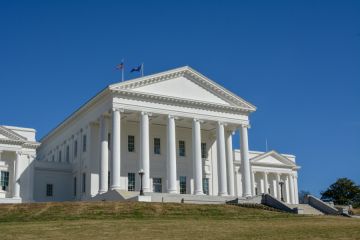 The abolition of the death penalty has advanced in Virginia, with the State Senate’s passage of a bill backed by the Virginia Catholic Conference.