As part of the Year of Saint Joseph called for by Pope Francis, the National Shrine of St. Joseph will host a virtual conference and rededicate the saint’s statue.

The event takes place on March 19, the Solemnity of St. Joseph, and includes a day of prayer and talks from Catholic leaders.

A highlight of the conference will be the rededication of a restored statue of St. Joseph - a life-size depiction of Joseph holding the infant Christ. According to the website, the crowns of the two characters had deteriorated and Joseph’s cloak had faded prior to the restoration.

“Be part of a historic day on March 19th when the National Shrine of St Joseph holds an all-day event filled with prayer, insightful and inspirational talks,” the website reads.

“This day will feature the historic rededication of the shrine’s statue of St. Joseph and offer a powerful entrustment of the Nation to Saint Joseph during this year dedicated to him [by] Pope Francis. This will be a powerful grace-filled day.”

During the event, Father Don Calloway, Marian of the Immaculate Conception, will lead an entrustment of the United States to St. Joseph and preside over the statue's crowning. The statue still needs to be installed and the shrine is accepting donations to help complete the project.

Prior to the event, people may submit prayer requests to be placed below the shrine’s main altar, After a month, the intentions will be relocated to the St. Joseph prayer chest.

The speakers at the virtual conference will discuss the life of St. Joseph and the spiritual benefit of the saint’s intercession and Christian example. Teresa Tomeo, a host for Catholic television and radio, will be the master of ceremonies.

Father Michael Brennan, Norbertine priest and director of the Archconfraternity of St. Joseph, will discuss the rich history of the National Shrine of St. Joseph and the Norbertines’ spiritual practices. Established in 1892, the shrine is located on the campus of St. Norbert College in De Pere, Wisconsin. The order has conducted a novena to St. Joseph for over 100 years.

Dr. Mark Miravalle, a mariologist and the author of “Meet your Spiritual Father,” will describe some benefits attached to St. Joseph’s intercession, especially for struggling families. He will encourage participants to pray to St. Joseph, especially for their future spouse and to heal divisions in the family.

Father Chad Ripperger, an exorcist in the Archdiocese of Denver, will emphasize the role of St. Joseph as a spiritual protector and father. 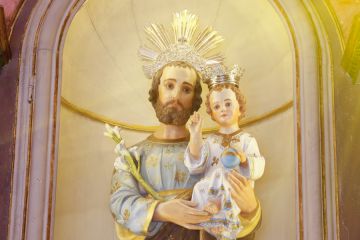 Year of St. Joseph: What Catholics need to know

Here&rsquo;s what you need to know about the Year of St. Joseph: Pope Francis announced a Year of St. Joseph Tuesday in honor of the 150th anniversary of the saint&rsquo;s proclamation as patron of the Universal Church.&nbsp; 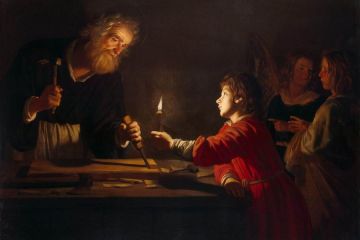 15 ways to gain an indulgence in the Year of St. Joseph

Until December 2021, there are many new ways that Catholics can receive an indulgence, including entrusting their daily work to the protection of St. Joseph the Worker or reciting the rosary with their&nbsp;families.