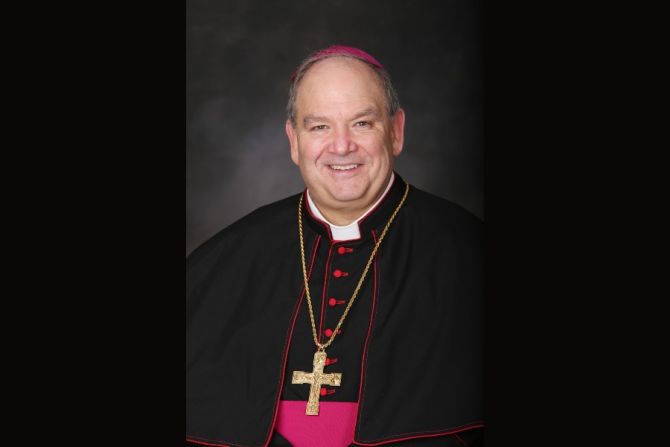 The archbishop of St. Paul-Minneapolis urged peace and prayer before the trial of former police officer Derek Chauvin, who faces charges in the death of George Floyd, began on Monday.

"I hope you will join me during the trial by blocking-out time in our busy lives to stop and pray," said Archbishop Bernard Hebda of St. Paul-Minneapolis in a statement released on March 5.

"Whether we can take 30 seconds or 30 minutes, let us commit to praying each day for peace in our communities, peace for the Floyd family and peace for our first responder sisters and brothers working to protect us," he said.

"Please join me as well in praying for an end to the scourge of racism in our country," he added.

Chauvin is being charged with second-degree murder and manslaughter for the death of George Floyd. Floyd, a Black man, died on May 25 in Minneapolis after he was restrained by Chauvin during an attempted arrest.

Video footage of the arrest taken by bystanders revealed Chauvin kneeling on Floyd's neck for nearly nine minutes, as Floyd audibly moaned and said he couldn't breathe. Floyd appeared to be unconscious by the end of the video, which went viral.

The incident, and Floyd's subsequent death, sparked protests, rallies, and riots throughout the country in response to police brutality and racism. The four officers who were involved in the attempted arrest, including Chauvin, were eventually fired by the Minneapolis Police Department.

Archbishop Hebda acknowledged that the start of the trial "brings back memories of the anger that erupted last Spring" following Floyd's death, and that "many are now fearful about what may happen during the trial and in its aftermath-no matter what the jury's verdict will eventually be."

Following Floyd's death, riots caused an estimated $500 million in damage in the Minneapolis-St. Paul area. Two men were killed, and 150 buildings were set on fire.

Hebda noted that the readings for the Third Sunday of Lent included the prayer of Psalm 95, "If today you hear his voice, harden not your hearts." The archbishop said that this prayer applied to the people of his diocese in the present time.

"God is always asking us to listen for his voice and to allow that voice to penetrate our hearts," Archbishop Hebda said. "We cannot let our hearts harden. God calls us to be people of peace, hope and love."

"He also calls us to be people of justice-not revenge," Hebda said.  "If there was ever a time to join together and ask our merciful God for his help, this is it."

On Monday, jury selection in Chauvin's trial was halted shortly after it began, as district court Judge Peter Cahill will consider whether an additional charge of third-degree murder should be added upon the request of prosecutors. In October, the judge dropped the third-degree murder charge, but kept the charges of second-degree murder and manslaughter. After death of George Floyd, Minnesota Catholics pray for justice

While rioters and looters took to the streets, and parts of Minneapolis burned, some Minnesota Catholics called for justice, for healing, and for unity after the killing of George Floyd, a black man who was killed by a police officer on Monday.