As Congress passed a massive COVID relief package on Wednesday, leading U.S. bishops called the lack of abortion funding restrictions in the bill "unconscionable," while commending other provisions.

The House on Wednesday passed the $1.9 trillion American Rescue Plan Act of 2021 by a vote of 220-211. Only one Democrat, Rep. Jared Golden (D-Maine) voted for the package, while no Republicans supported it.

The relief bill does not include provisions that prohibit funding of abortions-a policy that a previous COVID stimulus bill, the CARES Act, included. Members of both the House and Senate attempted to insert pro-life amendments to the bill but were unsuccessful in doing so.

Leading U.S bishops-including Archbishop Jose Gomez of Los Angeles, the president of the U.S. bishops' conference (USCCB), and six bishop-chairs of conference committees-issued a joint statement decrying the lack of pro-life protections while praising other parts of the bill.

"The many important, life-saving provisions in the American Rescue Plan Act have been undermined because it facilitates and funds the destruction of life, which is antithetical to its aim of protecting the most vulnerable Americans in a time of crisis," the bishops stated.

Pro-life language was needed, they said, because the bill allows for billions of dollars in health care funding that could be used for abortions absent any prohibitions to the contrary.

The bill "includes many general references to healthcare that, absent the express exclusion of abortion, have consistently been interpreted by federal courts not only to allow, but to compel, the provision of abortion without meaningful limit," the bishops stated.

They praised the economic relief and vaccine funding offered for poor and unemployed Americans under the legislation.

"There are provisions in this bill that will save people from extremely desperate situations and will likely save lives," the bishops said.

Other pro-life groups also sounded their disapproval of the American Rescue Plan.

"Given the sheer size of this bill, it has the potential to be the largest expansion of abortion funding since Obamacare," stated Jeanne Mancini, president of March for Life.

"Most Americans, including millions of rank-and-file Democrats, oppose forcing taxpayers to pay for abortions," said Marjorie Dannenfelser, president of the Susan B. Anthony List (SBA List). 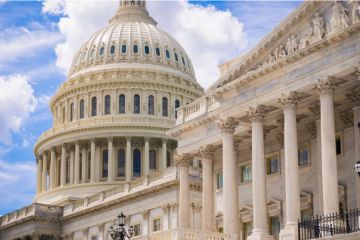