‘We have finally established clarity’: an interview with Cardinal Woelki on the Gercke report 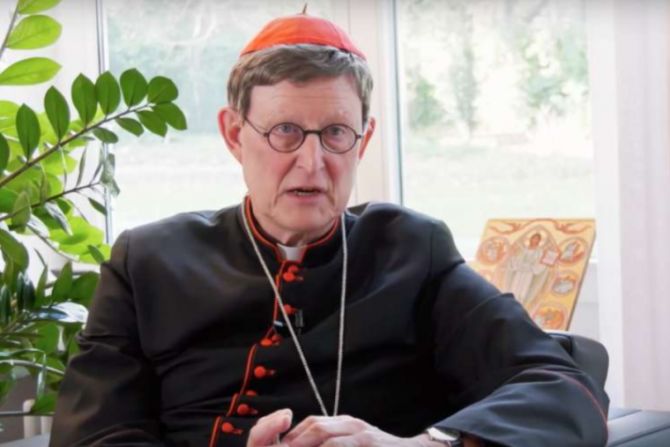 It is probably the most comprehensive and transparent study ever commissioned by a German institution on the subject of sexualized violence against minors: The publication of the 800-page, independent Gercke Report today, March 18, is intended to clarify roles and responsibilities in the Archdiocese of Cologne. It was commissioned by Cardinal Rainer Maria Woelki, archbishop of Cologne since 2014.

In January 2019, the archdiocese commissioned the Munich law firm Westpfahl Spilker Wastl to examine relevant personnel files from 1975 onwards to determine “which personal, systemic or structural deficits were responsible in the past for incidents of sexual abuse being covered up or not being punished consistently.”

Woelki has been asked repeatedly to resign by journalists in recent weeks. He has also been sharply criticized by clerics and Catholic associations for his handling of abuse reports and cover-up allegations, according to CNA Deutsch, CNA’s German-language news partner.

In an interview with CNA Deutsch on March 18, the Archbishop of Cologne talked about the publication of the expert report that he had commissioned and what steps will now follow.

Your Eminence, what was your own reaction when you finally held the long-awaited report in your hands today?

I had not seen the study before today, just like the public and anyone in a role of responsibility in the Archdiocese of Cologne. After all, I had promised to have a truly independent legal opinion drawn up, on the basis of which officials who have behaved wrongly in dealing with abuse cases can be held accountable.

I am somewhat relieved that, thanks to this expert investigation, we now finally have established clarity about the past. At the same time, I am saddened and affected by what we have heard about the misconduct that has been identified. Overall, I feel a great responsibility for the way ahead. For me, that means drawing the necessary conclusions based on the facts and findings now available to us.

What are the next steps?

First of all, I will read all of the 800 pages in the report. In the next few days, I will then have many discussions with my staff and, of course, with those in positions of responsibility, with a view to then announcing any personnel and organizational changes on March 23. The Gercke Report is not the conclusion of our work, but rather the starting point for further reviews.

Can you understand the discussions about the investigative process, the need for a second report and the concerns raised?

Yes, I can understand the displeasure about the delay and the impatience voiced in some quarters. I am heartily sorry that we have caused further pain to those affected by the difficult path of coming to terms with sexualized violence in the Archdiocese of Cologne. Unfortunately, we had no alternative to the decision to commission a second expert opinion, because we need a methodologically clean and sustainable basis in order to clearly identify the responsibilities organizationally in our church and to be able to prevent the same mistakes being made in the future.