What does the Equality Act mean for Catholics? Webinar takes a look 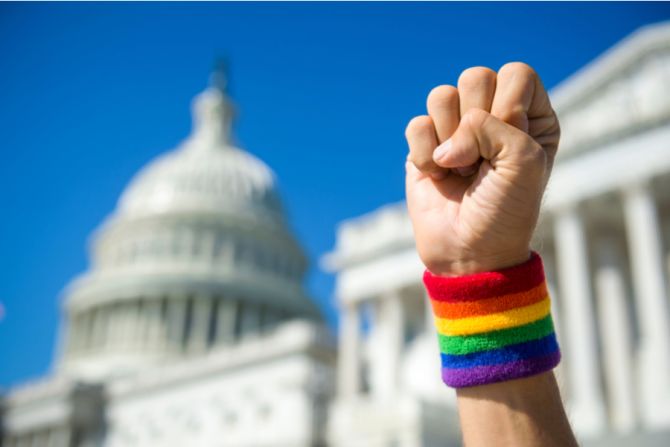 Several Catholic dioceses are hosting a webinar Monday night to better inform people about the consequences of the Equality Act, which they say would seriously hinder religious freedom.

Titled “The Equality Act and What it Means for Catholics,” the one-hour webinar will take place at 8 p.m. Eastern on March 22. It will be hosted by the Archdioceses of Los Angeles and New York, the Dioceses of Arlington and Green Bay, and the Catholic Conferences of Colorado and Virginia.

“The Equality Act is deceptively named and dangerous legislation. A vote is expected very soon in the Senate. Learn more about this challenge for America and what you can do to try and stop its passage,” a promotional release for the event said.

“Instead of respecting differences in beliefs about marriage and sexuality, the Equality Act would discriminate against people of faith.”

The webinar will include six speakers, including Ryan Anderson, president of the Ethics and Public Policy Center, whose book on transgenderism was recently banned from Amazon; Mary Rice Hasson, president of the Catholic Women’s Forum; and Gregory Baylor, senior counsel with Alliance Defending Freedom.

The Equality Act passed through the House of Representatives by a vote of 224 to 206 on Feb. 18. The bill, which was sponsored by Rep. David Cicilline, still needs the Senate's approval, but President Joe Biden promised to sign the act within his first 100 days in office.

The U.S. bishops’ conference (USCCB) has opposed the legislation, saying it upholds gender ideology and the redefinition of marriage and frames gender as simply a “social construct.” Furthermore, it would “punish” religious groups opposed to these beliefs, the conference warned.

The bishops said the bill could pressure churches to “host functions that violate their beliefs.” They also said religious adoption agencies would have to match children with same-sex couples or possibly face closure.

The legislation also prevents religious freedom claims from being made by individuals and groups under the Religious Freedom Restoration Act. The landmark 1993 law has been invoked by many as a defense against various government mandates, but the Equality Act would override those religious freedom protections.

Rep. Yvette Herrell (R-N.M.) said the bill would nullify conscience protections for health care workers. The act would “force both people and organizations in everyday life and work settings to speak and act in support of gender transitions, including health care workers and licensed counselors, even when it’s against their professional judgement,” she said.

Father Dave Pivonka, TOR, president of the Franciscan University of Steubenville, also warned the legislation could censor professors for teaching the Catholic position on marriage and sexuality.

“It doesn’t ensure equality for our faculty, who would not be allowed to proclaim the truth about human dignity and sexuality,” Father Dave Pivonka, TOR, president of the Franciscan University of Steubenville, said of the act.