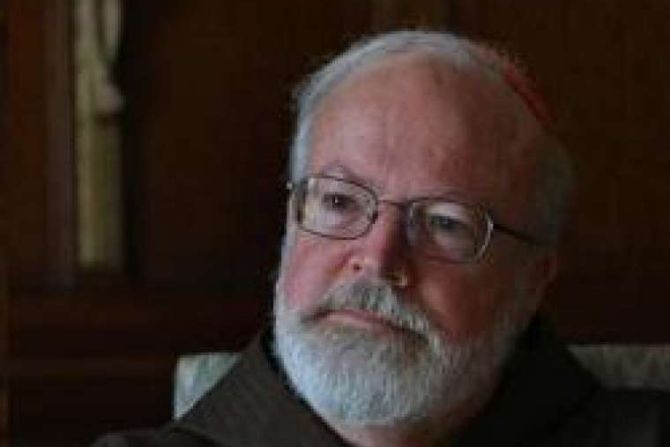 As the Supreme Court on Monday agreed to consider the death penalty for Boston Marathon bomber Dzhokhar Tsarnaev, the Archdiocese of Boston is praying for an end to violence and for Tsarnaev's victims.

"The news that the U.S. Supreme Court will hear this case does not diminish the fact that justice through conviction for the crimes committed has been rendered," the Archdiocese of Boston told CNA on Monday.

The high court had just granted certiorari to an appeal of a federal court decision vacating Tsarnaev's death sentence.

In 2015, Dzhokhar Tsarnaev was convicted on four murder charges and sentenced to death for orchestrating the bombing of the 2013 Boston Marathon with his brother Tamerlan. The bombing killed three and injured hundreds. During their ensuing run from police, the two shot and killed one police officer, and another police officer died from injuries in a shootout with them. Tamerlan died after being run over by an SUV driven by Dzokhar, while fleeing police.

On Monday, the Archdiocese of Boston called for life imprisonment without parole for Tsarnaev, rather than the death penalty. The archdiocese offered prayers for his victims.

"The pain and suffering caused to the victims of the bombing and to their loved ones is as clear and real today as it was nearly eight years ago," they said. "As we have previously stated, Catholic teaching does not support the taking of life as a means of achieving justice."

The archdiocese added that "the incomprehensible suffering of so many caused by this heinous crime should appropriately be met with a sentence of imprisonment for life with no possibility of parole," and that the memories of those lost in the bombing will be honored by "a renewed commitment to root out violence and evil in our society by way of solidarity with Jesus' call to love one another."

On April 15, 2013, Dzhokhar and his brother Tamerlan placed two homemade bombs at the finish line of the Boston Marathon. The bombs detonated 14 seconds apart, killing three people and injuring hundreds more. Over a dozen people lost limbs from the attack.

A manhunt ensued after the brothers were identified on video as the suspected bombers. On April 18, the two shot and killed a member of the Massachusetts Institute of Technology Police Department and carjacked an SUV. The Tsarnaevs were located shortly after midnight on April 19, and engaged in a shootout with the Watertown Police Department. An officer with the Watertown Police was injured in the shootout and died almost exactly one year later from his injuries.

Tamerlan died after he was run over by the SUV, which was driven by his younger brother. Dzhokhar was apprehended by police on the evening of the 19th.

A jury found Dzhokhar guilty of 30 charges - including four murder charges - on April 8, 2015. He was sentenced to death by lethal injection on June 24, 2015. A judge vacated his death sentence on July 31, 2020, saying that the jury was not impartial in the case. The Trump administration appealed the ruling to the Supreme Court, which on Monday agreed to hear the case. In the defense’s final move to save the life of convicted Boston Marathon bomber Dzhokhar Tsarnaev, Sister Helen Prejean asked the jury not to execute the young man. Members of Congress push for end to the federal death penalty

Dozens of members of Congress are urging the Attorney General-designate to stop use of the federal death penalty.