The Diocese of Rockvillle Centre has released a list of 101 diocesan clergy it believes to be credibly accused of sex abuse of minors. The list is not meant to be complete, and most allegations date back decades.

The list comes amid lawsuits from alleged clergy sex abuse victims and other compensation efforts in the New York diocese, which is one of the largest in the U.S.

“The list is not exhaustive,” said the introduction to the April 22 list. “The fact that this list may not include the name of the accused clergy who sexually abused you does not mean that you should not file a Sexual Abuse Proof of Claim Form.”

The names of 101 accused clergy are listed on the document, published at the website of Epiq Corporate Restructuring, LLC. The list names priests and deacons that the diocese’s review board determined to have a “credible” allegation of abuse against them. It also names clergy who faced an allegation through the diocese’s Independent Reconciliation and Compensation Program that resulted in a payment to the alleged victim.

The list also names the clergy assignments and locations where they have been accused of abuse. Some clergy on the list have been in active ministry recently, but many have not been in ministry for decades.

The diocese said it had not previously published a list “because of ongoing investigations, privacy issues, as well as potential legal considerations. The inclusion of any name does not represent an admission of guilt on the part of the accused.”

The diocese’s territory on Long Island includes the counties of Nassau and Suffolk. It serves some 1.4 million Catholics out of 3 million residents, one of the largest dioceses by population in the U.S. Currently the diocese has about 130 parishes and about 390 priests in active ministry, with some 220 of these being priests of the diocese, according to the diocese’s website.

The diocese said that it prayed that the compensation program and the Chapter 11 bankruptcy processes “will offer some measure of healing and reconciliation to the survivors of clergy sexual abuse.” It said it is working with its creditors on “a robust media campaign” so that sexual abuse survivors will know they have until Aug. 14 to file all claims.

Sean Dolan, a spokesperson for the diocese, told CNA on April 30 the bankruptcy court set the criteria for the list of clergy, not the Church.

“It is a matter of public record that the court determined the objective criteria for the list and the diocese was simply following the court order,” he said. “The diocese will continue that cooperation as we seek some measure of healing for survivors of abuse and maintain the highest standards for child protection.”

Others involved in diocesan finances and clergy sex abuse litigation have lists that name other clergy as alleged abusers.

A committee of the diocese’s unsecured creditors has published the names of 46 clergy not included on the list who at some point served in the Rockville Centre diocese’s territory, which was part of the Diocese of Brooklyn until 1957.

Those names include Bishop John McGann, who served as the second bishop of the Rockville Centre diocese from 1976 to 2000. Two women and a man have filed a lawsuit against the late bishop in October 2019. They allege that McGann, other priests, and a church groundskeeper abused them when they were children.

The creditors’ list, posted at LongIslandChurchCommittee.com, includes some priests who have not served in decades, including a priest ordained in 1916 who died in 1980, but was named as credibly accused by the Diocese of Brooklyn. The list also includes religious orders’ clergy, who tend to be under the jurisdiction of their religious order, not the diocese.

Trusha Goffe, an attorney with Jeff Anderson and Associates, said the Rockville Centre diocese had been the only New York diocese that had not released a list of accused clergy.

“It was a decision made by this bankruptcy judge, that part of reaching survivors included the diocese being compelled to put out a list of names like this,” Goffe told the Bronx news station News 12.

Dolan told CNA the diocese is not commenting on particular cases but is addressing them in “appropriate legal forums.” In the wake of bankruptcy filings, the Diocese of Rockville Centre in March announced the sale of its $5.2 million pastoral center to help pay creditors. It also announced the closure of three more grammar schools on Long Island, noting additional financial troubles from the coronavirus pandemic. 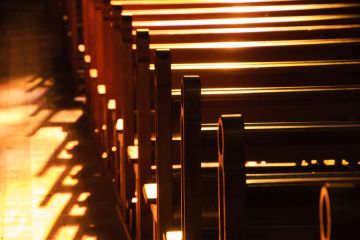 Rockville Centre is fourth NY diocese to file for bankruptcy

The Diocese of Rockville Centre, New York, announced it was filing for bankruptcy early Thursday morning, becoming the fourth of the state’s eight Latin Catholic dioceses to do so.