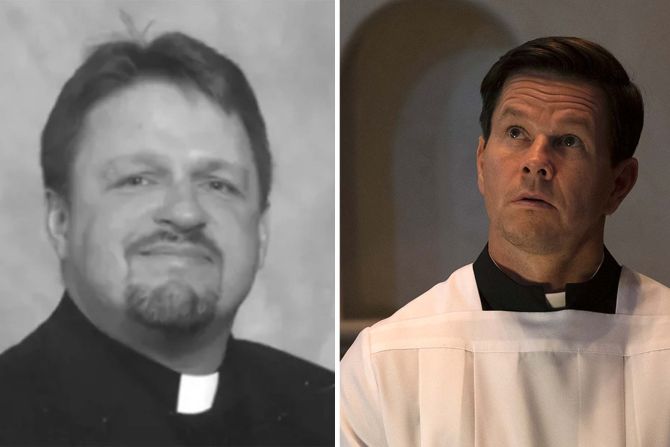 Father Stuart Long, who was a priest of the Diocese of Helena, is the main character in the motion picture "Fr. Stu" starring Mark Wahlberg as the priest himself and Mel Gibson as the priest’s father.

Father Stu, as he was affectionately known, pursued careers in boxing, acting, teaching, and museum management before discerning the priesthood.

Wahlberg originally started working on the film in 2016, two years after Father Stu died at the age of 50. The movie was put on hold for a couple years until Wahlberg was able to secure Rosalind Ross as scriptwriter.

“It’s based on a true story,” said Father Bart Tolleson, a priest of the Diocese of Helena and a longtime friend of Father Stu. “It certainly will take liberties with the story, but it will get interest in his life, and that alone is a good thing. It’s a great story.”

Father Stu attended Carroll College, a Catholic university, but wasn’t Catholic at the time. He remembers being required to attend Mass as part of football game preparation, according to an interview with The Montana Catholic in 2010. In the same interview, he shared that he would often argue with the teachers, interrupt class, and ask ignorant questions that didn’t relate to the content.

“His conversion is phenomenal, from being an agnostic trouble maker to having a mystical encounter with God,” Father Tolleson said. “Then, he decided to become a priest.”

An avid athlete, Father Stu played football for Carroll College, and later, pursued boxing, winning the Montana Golden Gloves championship in 1985. Faced with reconstructive jaw surgery after a fight, Father Stu gave up boxing and moved to Los Angeles to pursue an acting career. Though he had some success with commercials and work as an extra in the movies, it was not the career he imagined.

While acting, he worked at a nightclub that was a comedy club and a bar. Finished with acting, he traded in the nightlife to work for the Norton Simon Museum in Pasadena, California, where he eventually became the manager for seven years. He would ride his motorcycle, an artifact of his acting days, to and from the museum.

“One day, I was riding home after work, and I got hit by a car, and I smashed into a car in the next lane with my head,” Father Stu shared in the 2010 interview. “The witnesses told the sheriffs and reporters that I was rolling down the road and another car ran over the top of me. And here I am.”

The accident proved pivotal in Father Stu’s conversion, leading him to have what he called a “religious experience” while in the hospital. Upon returning home and discussing marriage with his then-girlfriend, he entered RCIA. On the day he was baptized, he knew he was going to become a priest, he shared in the 2010 interview.

He discerned entering a religious order in New York, but ultimately decided to become a secular priest, for the Diocese of Helena. In 2003, he entered Mount Angel Seminary in Oregon.

During seminary, Father Stu had hip surgery wherein a fist-size tumor was discovered. He was diagnosed with inclusion body myositis, an inflammatory condition in the muscles for which there is no cure. His body was already slowing down when he was ordained to the priesthood in December 2007.

“That cross of his disease was the most powerful way to serve people,” said Father Tolleson. “He was tireless in his service and the Lord gave him many beautiful gifts, of counsel, of providing the sacraments. He was fearless even though he was limited.”

The extent to which the Wahlberg film will cover the priesthood of Father Stu remains unknown, but it will be a “stepping stone to knowing who Father Stuart Long was,” said Father Tolleson.

“If Hollywood wants to tell part of Father Stu’s story, we think that’s a positive,” said Bartleson. “If that creates some energy around his life, then we would see that as a blessing, a part of something that is already going on here.”

This article was originally published on May 12, 2021 on CNA. Pope Francis appointed Tuesday Fr. Austin A. Vetter as the next bishop of Helena, Montana.