A parents’ association has expressed shock at a paper issued by the German Church’s abuse commission that it says is based on the theories of a disgraced sexologist.

The Elternverein Nordrhein-Westfalen, an independent secular organization, said in a May 12 open letter to the bishops that it was “stunned” that the text cited the work of Uwe Sielert, which it linked to the theories of psychologist Helmut Kentler.

Kentler, who died in 2008, regularly placed homeless children with pedophile men in West Berlin, according to a study by the University of Hildesheim published last year.

“The prevention officers of all German dioceses are currently recommending a sex education that is based on the theories of the well-known pedophilic criminal Helmut Kentler, continued by Prof. Uwe Sielert, who still calls Kentler a ‘fatherly friend,’” the open letter asserted.

The parents’ association, founded in 1974 and based in the western German state of North Rhine-Westphalia, urged the bishops and diocesan safeguarding representatives to “reject this disconcerting paper.”

The Federal Conference of Diocesan Prevention Officers published the “position paper” online in April after voting to adopt the text in January.

CNA Deutsch reported that the 16-page document, entitled “Position Paper on the Organization of Prevention of Sexualized Violence and Sexual Education,” had disappeared from the official website on May 17. But it appeared to be restored a day later.

The working group of the Federal Conference of Diocesan Prevention Officers told the Rheinische Post newspaper May 18 that it rejected the claims of the parents’ association.

It said: “We expressly reject the allegation of the parents’ association that we want to base sex education on a pedophile approach.”

It said that the paper’s aim was “unequivocally and unambiguously the strengthening of the language skills and expanding the competence of all children and young people.”

It added that its approach to sex education was “based on the latest findings from research and science and that of course takes all protective measures into account and does not disregard any form of boundary violation.”

Addressing the criticism of the paper’s citation of Sielert, the working group insisted that Sielert had “very clearly” distanced himself from Kentler a long time ago.

A bishops’ conference spokesman told CNA’s German-language news partner on Monday that it did not generally comment on open letters.

CNA Deutsch said that the position paper is due to be presented at the German Church’s controversial “Synodal Way,” which brings together bishops and lay people to discuss four main topics: the way power is exercised in the Church; sexual morality; the priesthood; and the role of women.

The paper is expected to be presented at a forum on “Living in successful relationships.”

The bishops’ conference was forced to defend the paper last month after the text was criticized for citing French philosopher Michel Foucault.

Earlier this year, French-American writer Guy Sorman accused Foucault, who died in 1984, of sexually abusing children while living in Tunisia in the late 1960s.

The parents’ association said it was dismayed that the position paper endorsed the expression “sexuelle Bildung,” associated with Sielert, rather than its preferred German term for sex education, “Sexualerziehung.”

It said that “Sexualerziehung” was concerned with imparting knowledge, while “sexuelle Bildung” emphasized putting sexual knowledge into practice.

The association said: “Although the paper quotes Sielert verbatim only once, the entire text is infused with the latter’s understanding of sexual education [sexuelle Bildung], which is ‘to include all age groups and to emphasize the self-education and acquisition powers of the individual.’”

It continued: “This form of ‘sexual education’ represents a clearly pedophilic approach, since it assumes a continuity of sexual needs in children and adults. Sexualizing children in this way at an early age does not protect them from abuse, but opens the door to abuse.”

The association added that Johannes-Wilhelm Rörig, the federal government’s Independent Commissioner for Dealing with Sexual Abuse of Minors, rejected the ideas of Sielert and Kentler as “dangerous and counterproductive.”

The group said it was at a loss to understand why the Catholic Church “wants to base its prevention work on this pedophilic ‘sexual education.’”

“In view of Sielert’s principles, it is then unfortunately not surprising that in this ‘Catholic’ paper on prevention and sexual education the words marriage, family, love, and sexuality as [part of] the language of love and strength of attachment, as well as the source of life, do not appear,” it commented.

“We parents are deeply concerned about this paradigm shift in the Catholic Church’s understanding of sexuality, since it affects the work of the Church in its many youth groups, but also in Catholic kindergartens and schools -- so it concerns millions of children.” 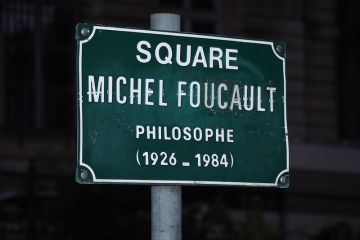 The abuse commission of the Catholic Church in Germany has defended its citation of French philosopher Michel Foucault in a position paper drafted earlier this year.