Two U.S. archbishops on Tuesday responded to attempts by other U.S. bishops to delay consideration of a teaching document on the Eucharist by the full conference.

“I’m deeply grieved by the rising public acrimony among bishops and the adoption of behind-closed-doors maneuvers to interfere with the accepted, normal, agreed-upon procedures of the USCCB,” Archbishop Salvatore Cordileone of San Francisco said in a statement provided to CNA on Tuesday.

Archbishop Samuel Aquila of Denver stated on Tuesday, “As I have previously written, the issue of Eucharistic coherence is primarily ‘a question of love, a question of charity toward our neighbor.”

“St. Paul is clear that there is danger to one’s soul if he or she receives the body and blood of our Lord in an unworthy manner,” he said. The archbishop said he issued his statement in response “to a letter from multiple U.S. bishops urging USCCB President Archbishop Jose Gomez to delay discussion on Eucharistic coherence.”

“As bishops, we are failing in our duty as shepherds if we ignore this truth and how it is manifesting itself in today’s society, especially with regards to those in prominent positions who reject fundamental teachings of the Church and insist that they be allowed to receive Communion,” Archbishop Aquila said.

Cardinal Blase Cupich of Chicago had recently written to the president of the U.S. bishops’ conference, Archbishop Jose Gomez of Los Angeles, asking that any discussion of “Eucharistic worthiness and other issues raised by the Holy See” by the bishops at their upcoming virtual spring meeting be postponed, until the conference can meet again in-person.

In his letter, Cardinal Cupich said that the gravity of the topic of the Eucharist necessitated an in-person discourse, and pointed to a recent letter from the Vatican’s Congregation of the Doctrine of the Faith.

The prefect of the congregation, Cardinal Luis Ladaria, had written Archbishop Gomez on May 7, advising the U.S. bishops that if they were to issue any “national policy” on Communion for pro-abortion Catholic public officials, they would first need extensive and “serene” dialogue among themselves to ensure unity on the Church’s teaching.

Cardinal Cupich said that the unity which Cardinal Ladaria mentioned could not come about while the bishops held a virtual conference. He asked that bishops first discuss the matter in-person, by region, before gathering together in-person as a conference to discuss any teaching document on the Eucharist.

“The serious nature of these issues — especially the imperative to forge substantive unity — makes it impossible to address them productively in the fractured and isolated setting of a distance meeting,” Cardinal Cupich wrote.

“The high standard of consensus among ourselves and of maintaining unity with the Holy See and the Universal Church as set forth set by Cardinal Ladaria is far from being achieved in the present moment,” he added.

“Moreover, as the Prefect’s sound theological and pastoral advice opens a new path for moving forward, we should take this opportunity to re-envision the best collegial structure for achieving that,” he said.

Communion for pro-abortion politicians is once again a topic of conversation, as both President Joe Biden and House Speaker Nancy Pelosi are Catholic, and support taxpayer-funded abortion.

The USCCB working group on Biden’s presidency recommended a teaching document on “Eucharistic coherence.” However, a source close to the conference told CNA on April 29 that discussion of the Eucharist – at either the bishops’ spring or fall 2021 meetings – would focus broadly on the Eucharist and on general worthiness to receive Communion, and that “nothing was in the works” specifically on Biden and Communion.

Then, in a May 22 memo to the U.S. bishops, Archbishop Gomez outlined the process by which the bishops will discuss and vote on whether or not to begin drafting a teaching document on the Eucharist, in light of recent guidance from the Vatican.

The proposed document focuses on the Church’s teaching of the centrality of the Eucharist to the Christian life, he said.

“As you will note, the focus of this proposed teaching document is on how best to help people to understand the beauty and mystery of the Eucharist as the center of their Christian lives,” Archbishop Gomez explained. He added that the document’s purpose is consistent with the theme of the bishops’ strategic plan, “Created Anew by the Body and Blood of Christ: Source of Our Healing and Hope.”

Gomez emphasized that the bishops will be merely voting on whether to draft such a document on the Eucharist, and not on the final approval of any document.

“Importantly, this Action Item does not ask the body to approve a final statement, but only whether drafting of a text may begin. If approved, the Doctrine Committee will develop a text,” he said.

Bishop Kevin Rhoades of Fort Wayne-South Bend is the chair of the bishops’ doctrine committee. His committee’s proposed action item for the spring meeting is whether or not to draft “a formal statement on the meaning of the Eucharist in the life of the Church”.

Gomez said that the committee followed conference procedure in asking to add the agenda item to the plans for the spring meeting. Furthermore, the committee’s outline for discussing the matter “reflects recent guidance from the Holy See,” Gomez wrote.

If the bishops approve the motion to draft a teaching document on the Eucharist, their “usual process of consultation, modification, and amendment will take place as the document is presented for consideration at a future Plenary Assembly,” Gomez wrote.

In his statement on Tuesday, Archbishop Cordileone insisted that the episcopal unity asked for by the Vatican cannot come about while bishops criticize each other through indirect channels.

“When I was still a new bishop I remember a conversation I had with a priest from Germany, an old classmate of mine from Rome; he told me about how bishops in Germany would criticize each other in public through the media,” Cordileons said.

“I remember being scandalized by that, and also being grateful for being an American bishop: while we have our differences, I told him, we respect one another and would not do anything publicly to disrupt unity in the Church,” he said.

“I thank Archbishop Gómez for his integrity in assuring that the procedures of our bishop’s conference are followed, which is the only way to ensure respect and equality for all,” he said. “I look forward this June to the serene dialogue to which Cardinal Ladaria exhorts us in his letter to Archbishop Gómez, so that we may discern ‘the best way forward for the Church in the United States to witness to the grave moral responsibility of Catholic public officials to protect human life at all stages’.”

Archbishop Aquila said that the Vatican’s instructions to the bishops call for dialogue – which is the plan for the action item of the spring meeting.

The Vatican was “clear,” he said, “that the USCCB’s plan to discuss and debate this important issue is warranted and encouraged.”

“In contrast, the publication of the letter calling for a halt to discussion at our June meeting on this vital issue risks creating an atmosphere of factionalism, rather than unity amongst the bishops,” he said.

The Doctrine Committee’s proposal for the spring meeting noted, “In light of recent surveys, it is clear that there is a lack of understanding among many Catholics about the nature and meaning of the Eucharist.”

“This teaching document will address the fundamental doctrines concerning the Eucharist that the Church, as a whole, needs to retrieve and revive,” the committee stated, adding the document would be meant for all Catholics.

It would “include the theological foundation for the Church’s discipline concerning the reception of Holy Communion and a special call for those Catholics who are cultural, political, or parochial leaders to witness to the faith,” the committee noted of a proposed statement. 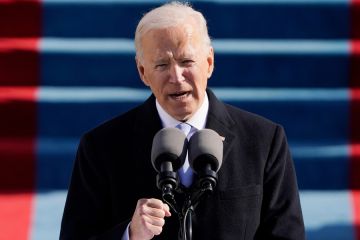