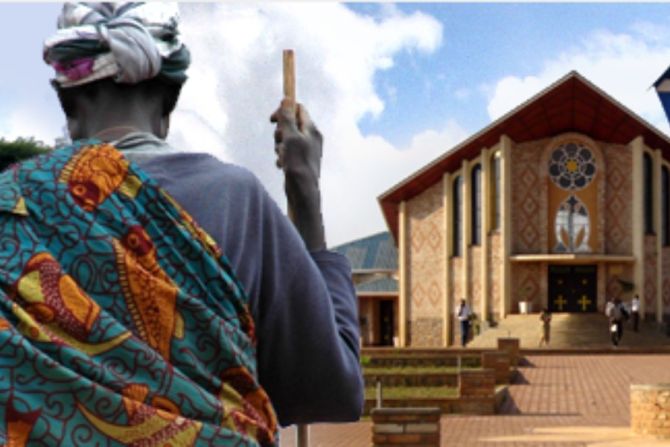 Sanctuary of Our Lady of Kibeho

From 1981 to 1989, there were reports of Marian apparitions in Kibeho, Rwanda. While the local Bishop Augustin Misago of Gikongoro approved public devotion to the apparitions in 1988, it was not until 2001 that he and the Holy See declared the testimonies of three witnesses authentic, regarding apparitions that began in 1981 and that continued in “the months that followed” through 1983.

Immaculée Ilibagiza, the author of a book about Our Lady of Kibeho, told EWTN News In Depth on July 9 that Mary was asking Catholics to “say the rosary, come back to God, be sincere.”

“She is such a mother,” Immaculée added. “She comes as a teacher, as a mother to teach her children. So [if] you listen to her, you’re on a good path.”

Ilibagiza is perhaps best known for her biography, “Left to Tell: Discovering God Amidst the Rwandan Holocaust,” where she documented her survival of the Rwandan genocide that took place in 1994. She lived, she said, because of her faith.

“What I want people to learn from my story is the power of prayer,” she said. “The power of coming close to God and honestly, genuinely, live your faith. And listen to Our Lady. Our Lady appeared in Rwanda, Kibeho. She told us, say the rosary from your heart.”

In another video clip, Ilibagiza detailed the story of Our Lady of Kibeho.

“Our Lady appeared in 1981 in a school – a high school,” she began. “It was one of the poorest schools in the country.”

Mary first appeared to a girl named Alphonsine Mumureke “when she was serving other kids,” Ilibagiza explained.

Mumureke, now a nun in Italy, told Immaculée: “Remember the first message of Our Lady. She could have chosen [to appear to] me when I was in a chapel praying the rosary. But she chose me, to come to me, when I was serving.”

Immaculée said, “The number one message of Our Lady is service. Serve on another. Go out and help other people.”

The next person Our Lady appeared to “is the nicest, very calm, lady in the whole school,” Immaculée said. “Then she chose a third person,” because people refused to believe in her visits.

“But the third person, the choice is so funny,” Immaculée stressed. “She was the head of the crew of other students who were persecuted in there.”

Our Lady gave Marie Claire “one big message,” the message of the rosary of the seven sorrows.

According to Immaculée, Our Lady replied, “My child. My grace can do all things. You just do your part. I have many children in the world. You do your part, and the grace of God will take it to the next person.” 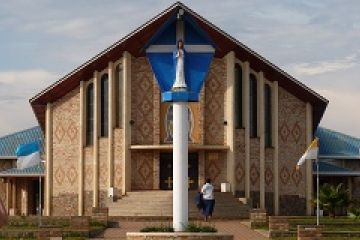 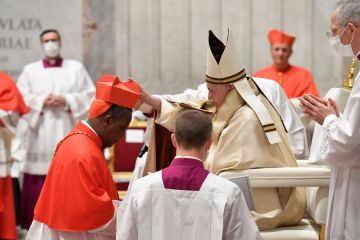 Rwanda’s first cardinal lost seven members of his immediate family in the 1994 genocide. Now he is using his role as archbishop of Kigali to plant “seeds of peace” by promoting the family as the foundation for building a peaceful future. 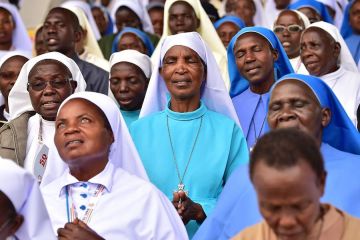