Pope Francis at the general audience in the Paul VI Hall at the Vatican, Sept. 29, 2021. | Vatican Media.

Pope Francis has reflected on the importance of the Second Vatican Council and the influence of its teachings on his life and spirituality.

In a new book preface, published Tuesday, the pope said that for him and other young Jesuit priests in Latin America, Vatican II “had entered into our way of being Christians and of being Church and, in the course of my life, my intuitions, my perceptions, and my spirituality were naturally generated by the suggestions of the doctrine of Vatican II.”

“There was not so much need to cite the texts of the Council,” he said.

Pope Francis commented on the Council in a preface to the book Fraternity -- Sign of the Times: The Social Magisterium of Pope Francis. The Italian-language book was written by Canadian Cardinal Michael Czerny and Italian theologian Fr. Christian Barone and will be published on Sept. 30 by the Vatican publishing house.

In his preface, the pope said he was grateful to Czerny and Barone for writing the book, which is about fraternity and his 2020 encyclical Fratelli tutti.

The book tries “to bring to light and to make explicit the profound link between the current social Magisterium and the statements of the Second Vatican Council,” he said.

He explained that the link did not always emerge at first sight, because “in the history of Latin America in which I have been immersed, first as a young Jesuit student and then in the exercise of the ministry, we have breathed an ecclesial atmosphere which, with enthusiasm, has absorbed and made the theological, ecclesial and spiritual insights of the Council its own, and has inculturated and implemented them.”

The Second Vatican Council, which took place from October 1963 to December 1965 was an ecumenical council of the Catholic Church, convened by Pope John XXIII to bring about spiritual renewal in the Church as it faced the epochal changes of the 20th century.

Pope Francis was a young man in his late 20s at the time Vatican II was taking place.

He said that for him and others his age, the Second Vatican Council “became our ecclesial and pastoral ecosystem, but we did not get into the habit of often quoting the conciliar decrees or dwelling on reflections of speculative type.”

The pope noted that today, after decades of changes in the world and the Church, key concepts from the Council and the foundations of its arguments need to be made more explicit.

The first part of the new book is an interpretation of Pope Francis’ social Magisterium, “bringing to light something that is a bit submerged between the lines,” Francis said, “that is, the teaching of the Council as a fundamental basis, a starting point, a place that generates questions and ideas and that therefore, also guides the invitation that I address today to the Church and to the whole world on fraternity.”

Today, he added, “we realize that there is a need not only for a Church in the modern world and in dialogue with it, but above all for a Church that places herself at the service of man, taking care of creation and announcing and realizing a new universal fraternity, in which human relationships are healed of selfishness and violence and are founded on mutual love, acceptance, solidarity.”

Pope Francis highlighted the importance of Vatican II in a letter to bishops in July, explaining why he was imposing restrictions on the Traditional Latin Mass.

He said he was “saddened that the instrumental use of Missale Romanum of 1962 is often characterized by a rejection not only of the liturgical reform, but of the Vatican Council II itself, claiming, with unfounded and unsustainable assertions, that it betrayed the Tradition and the ‘true Church.’”

In his preface, Pope Francis said that the Magisterium, theology, pastoral practice, and leadership must always go together.

“Fraternity will be more credible if we also begin in the Church to feel that we are ‘all brothers’ and to live our respective ministries as a service to the Gospel and to the building up of the Kingdom of God and to the care of our common home,” he wrote.

Amid recent contention over Vatican II, a theologian told CNA that ecumenical councils have a history of provoking conflict, but their expression and explanation of the Catholic faith is protected by the Holy Spirit. 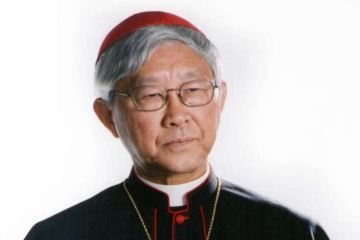 The Second Vatican Council, rightly understood, continues to be a force for evangelization and renewal in the Church, according to Cardinal Pietro Parolin, the Secretary of State of the Holy See.