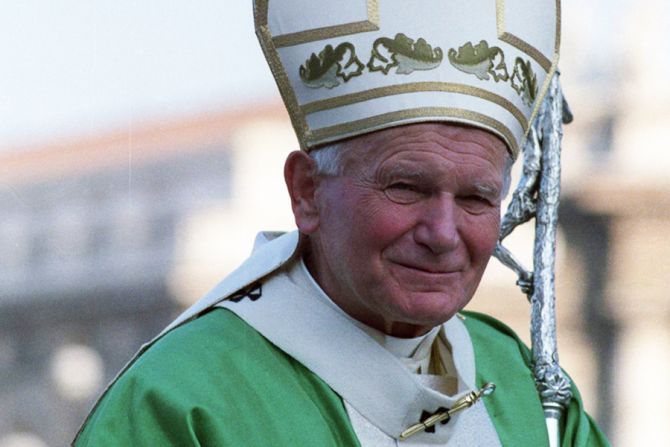 You probably know that St. Pope John Paul II was the second longest-serving pope in modern history with 27 years of pontificate, and he was the first non-Italian pontiff since the Dutch Pope Adrian VI in 1523. But did you know that he changed the Catholic Church forever during those 27 years?  Here are five reasons why:

1. He helped bring about the 1989 fall of communism in Eastern Europe.

The pope’s official biographer, George Weigel, who for decades chronicled the pope’s engagement with civic leaders, noted that the way Pope John Paul II influenced the political landscape was enormous. His political influence is seen best in the way his engagement with world leaders assisted the downfall of the U.S.S.R.

Just days before President Ronald Reagan called on Mikhail Gorbachev to “tear down” the Berlin Wall, he met with the pope. According to historian and author Paul Kengor, Reagan went so far as to call Pope John Paul II his “best friend,” opining that no one knew his soul better than the Polish pontiff who had also suffered an assasination attempt and carried the burden of world leadership.

In the course of 38 official visits and 738 audiences and meetings held with heads of state, John Paul II influenced civic leaders around the world in this epic battle with a regime that would ultimately be responsible for the deaths of more than 30 million people.

“He thought of himself as the universal pastor of the Catholic Church, dealing with sovereign political actors who were as subject to the universal moral law as anybody else,” Weigel said.

“He was willing to be a risk-taker, but he also appreciated that prudence is the greatest of political virtues. And I think he was quite respected by world political leaders because of his transparent integrity. His essential attitude toward these men and women was: How can I help you? What can I do to help?”

More than anything, John Paul II understood his role primarily as a spiritual leader.

2. He beatified and canonized more saints than any predecessor, making holiness more accessible to ordinary people.

One of John Paul II’s most enduring legacies is the huge number of saints he recognized. He celebrated 147 beatification ceremonies during which he proclaimed 1,338 blesseds, as well as celebrating 51 canonizations for a total of 482 saints. That is more than the combined tally of his predecessors over the five centuries before.

Mother Teresa of Calcutta is perhaps the most well-known contemporary of John Paul II who is now officially a saint, but the first saint of the new millennium and one especially dear to John Paul II was St. Faustina Kowalska, the fellow Polish native who received the message of Divine Mercy.

“Sr. Faustina's canonization has a particular eloquence: by this act I intend today to pass this message on to the new millennium,” he said in the homily of her canonization. “I pass it on to all people, so that they will learn to know ever better the true face of God and the true face of their brethren.”

Pier Giorgio Frassati, whom Pope John Paul II beatified in 1990 and nicknamed the “man of the beatitudes,” is another popular saint elevated by the Polish Pope who loved to recognize the holiness of simple persons living the call to holiness with extraordinary fidelity. At the time of his death, the 24 year-old Italian was simply a student with no extraordinary accomplishments. But his love for Christ in the Eucharist and in the poor was elevated by John Paul II as heroic and worthy of imitation.

It bears noting that Pope Francis would later surpass John Paul II when he proclaimed 800 Italian martyrs saints in a single day.

3. He transformed the papal travel schedule.

John Paul II visited some 129 counties during his pontificate — more countries than any other pope had visited up to that point.

He also created World Youth Days in 1985, and presided over 19 of them as pope.

Weigel says John Paul II understood that the pope must be present to the people of the Church, wherever they are.

“He chose to do it by these extensive travels, which he insisted were not travels, they were pilgrimages,” Wegel said.

“This was the successor of Peter, on pilgrimage to various parts of the world, of the Church. And that's why these pilgrimages were always built around liturgical events, prayer, adoration of the Holy Eucharist, ecumenical and interreligious gatherings — all of this was part of a pilgrimage experience.”

In the latter half of the 20th century — a time of enormous social change and upheaval— John Paul II’s extensive travels and proclamation of the Gospel to the ends of the earth were just what the world needed, Weigel said.

4. He transformed the teachings of the Church.

John Paul II was a scholar who promulgated the Catechism of the Catholic Church in 1992, reformed the Eastern and Western Codes of Canon Law during his pontificate, and authored 14 encyclicals, 15 apostolic exhortations, 11 apostolic constitutions, and 45 apostolic letters.

This is why Weigel says the Church has really only begun to unpack what he calls the “magisterium” of John Paul II, in the form of his writings and his intellectual influence.

For example, John Paul’s Theology of the Body remains enormously influential in the United States and throughout the world, though Weigel says even this has yet to be unpacked.

5. He gave new life to the Catholic Church in Africa.

He had a particular friendship with Beninese Cardinal Bernadin Gantin, and visited Africa many times. His visits would inspire a generation of JPII Catholics in Africa as well other parts of the globe.

“John Paul II was fascinated by Africa; he saw African Christianity as living, a kind of New Testament experience of the freshness of the Gospel, and he was very eager to support that, and lift it up,” Cardinal Gantin said.

“It was very interesting that during the two synods on marriage and the family in 2014 and 2015, some of the strongest defenses of the Church's classic understanding of marriage and family came from African bishops. Some of whom are first, second generation Christians, deeply formed in the image of John Paul II, whom they regard as a model bishop,” Gantin said. 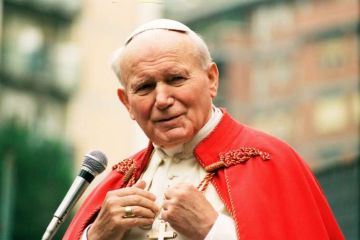