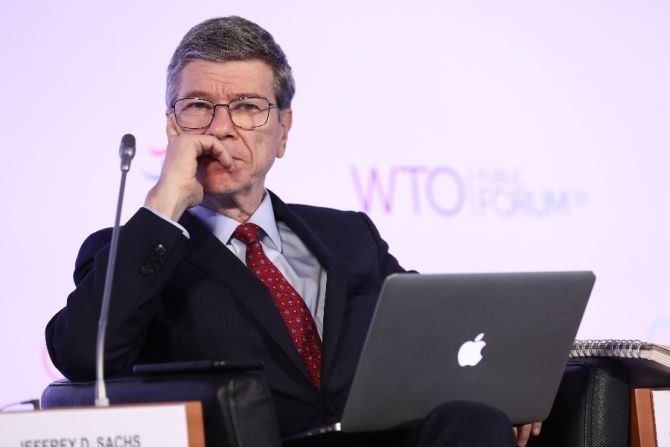 Pope Francis on Monday appointed the economist Jeffrey Sachs to the Pontifical Academy of Social Sciences.

The Holy See press office said on Oct. 25 that the pope had named Sachs as an “ordinary member” of the academy founded in 1994 by Pope John Paul II to promote the study and progress of the social sciences.

Sachs, the director of the Center for Sustainable Development at Columbia University in New York, has been a frequent visitor to the Vatican in recent years.

The 66-year-old was a featured speaker in at least six Vatican conferences in 2019-2020, lecturing on topics from education to ethics.

The president of the U.N. Sustainable Development Solutions Network also took part in the Amazon synod in October 2019 and “The Economy of Francesco” international virtual event in November 2020.

Sachs, who has served as an adviser to three United Nations secretaries-general, has advocated for a reduction in fertility rates in developing countries through the dissemination of contraception, a view at odds with Catholic teaching.

“Success at reducing high fertility rates depends on keeping girls in school, ensuring that children survive, and providing access to modern family planning and contraceptives,” he wrote in 2011.

CNA asked Bishop Marcelo Sánchez Sorondo, chancellor of the Pontifical Academy of Social Sciences, about this statement in February 2020.

Sorondo responded that Sachs had made the comment in 2011. “Now he has changed,” the Argentine bishop said.

He explained that Sachs had featured with such frequency at Vatican conferences “because he integrates the magisterium of the Church and of Pope Francis into economics by putting the human person and the common good at the center.”

CNA asked Sachs in February 2020 how his advocacy for reducing fertility rates and contraception squared with Pope Francis’ sense of “integral human ecology,” and whether he believed it was right for people in the developed world to advocate lifestyle choices to those in the developing world.

Sachs replied that he strongly agreed with “Pope Francis’ support for ‘responsible parenthood’ as also enunciated by Pope St. Paul VI. This idea means that families, that is mothers and fathers together, should take a rational decision on having children based on their circumstances with focus of securing their flourishing.”

Sachs is a special advisor to the U.N. Secretary-General António Guterres on the 17 Sustainable Development Goals (SDGs), adopted by U.N. member states in 2015 in a resolution called 2030 Agenda.

SDG target 5.6 is to “Ensure universal access to sexual and reproductive health and reproductive rights as agreed in accordance with the Programme of Action of the International Conference on Population and Development and the Beijing Platform for Action and the outcome documents of their review conferences.”

Sachs told CNA in 2020: “Access to abortion is a choice left to each nation. The Sustainable Development Goals and Agenda 2030 do not mention abortion or promote abortion.”

Sachs was born on Nov. 5, 1954, in Detroit, Michigan. He graduated in economics from Harvard University. He has taught at Harvard and was director of the Earth Institute at Columbia University.

A specialist in monetary theory and international finance, Sachs is associated with the term “shock therapy,” used to describe his plans for post-communist Poland and Russia to move rapidly from a state-controlled to a free-market economy.

Bernie Sanders, the Vermont senator who ran for president in 2016 and 2020, wrote the foreword to Sach’s 2017 book “Building the New American Economy: Smart, Fair, and Sustainable.”

Sachs has criticized the Biden administration’s contention that China is engaged in genocide against the Uighur people in the country’s northwestern Xinjiang region.

In April, Sachs wrote: “There are credible charges of human rights abuses against Uighurs, but those do not per se constitute genocide.”

According to the statutes of the Pontifical Academy of Social Sciences, candidates for membership are proposed to the body’s president by at least two current members.

“The Council of the Academy presents to the Academy a list of candidates for each vacancy. The Assembly takes a secret vote to indicate the order of preference in which the candidates are to be proposed to the Supreme Pontiff,” it says.

“Academicians are appointed for a term of 10 years and can be reappointed directly by the Supreme Pontiff after consulting the President and the Council of the Academy. Academicians may also resign.” 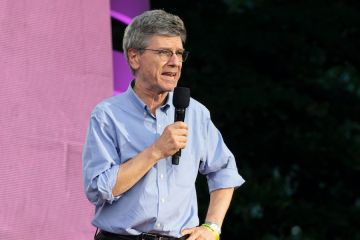 The Economy of Francesco summit kicked off Thursday with economist Jeffrey Sachs serving as a mentor for young “changemakers” to create a new world economy. Sachs, who has participated in numerous Vatican events in recent years, is an advocate for population control initiatives calling for the provision of contraception in the developing world, and a supporter of U.N. initiatives that call for universal access to abortion.