Oklahoma executed John Marion Grant, the first of seven scheduled executions in the next six months, on Oct. 28. According to onlookers, Grant began convulsing and vomiting after being administered midazolam, the first drug in a three-drug cocktail used in lethal injections. Prison officials wiped Grant’s vomit off of his face and neck after “several minutes,” per the AP.

Grant was declared dead at 4:21 p.m., six minutes after he was officially described as unconscious.

“The excessive pain and suffering experienced by John Grant during his execution last night warrants an immediate halt to the six pending execution dates in Oklahoma through March of next year,” she added.

Robert Dunham, the executive director of the Death Penalty Information Center, said it was “notable and unusual” for a condemned prisoner to vomit during their execution. Dunham told the Associated Press that he had “never heard of or seen that” prior to Grant’s execution.

Grant was sentenced to death in 1999, after he murdered a prison worker named Gay Carter. At the time of the murder, he was serving a 130-year sentence for armed robbery.

Grant’s execution was the first in the state of Oklahoma since the botched execution of Charles Frederick Warner in 2015. Following Warner’s execution, it was discovered that officials had used potassium acetate instead of potassium chloride to carry out the execution.

Warner had previously been scheduled to die the same night as Clayton Lockett, but his execution was delayed after Lockett’s went awry. Medical professionals repeatedly failed to insert an IV into Lockett’s veins, and the execution was halted after 33 minutes.

Lockett died 10 minutes after the execution was paused due to a massive heart attack. 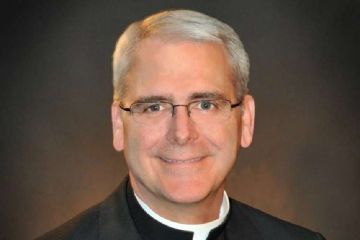 Archbishop Paul Coakley of Oklahoma City has issued a call to prayer for the abolition of the death penalty and for the end to abortion in Oklahoma. Is Oklahoma's use of lethal injection cruel and unusual?

The U.S. Supreme Court heard oral arguments Wednesday in a case challenging the use of the lethal injection in the United States, following a number of botched executions.