Republican Glenn Youngkin has been elected governor of Virginia, Decision Desk HQ first projected about 90 minutes after polls closed in the commonwealth.

Youngkin, a businessman making his first foray into running for office, is the first Republican to be elected governor in Virginia in over a decade. At the time the race was called, Youngkin was leading Democrat Terry McAuliffe by 11 points and nearly 200,000 votes.

McAuliffe previously served as governor of Virginia from 2014 until 2018. Virginia law prohibits consecutive gubernatorial terms, but a former governor may run again for a second non-consecutive term.

The race focused largely on social issues, namely critical race theory, abortion, and coronavirus mitigation strategies in schools. Virginia’s public schools were among the last in the country to re-open to in-person learning following the start of the coronavirus pandemic.

McAuliffe, who described himself as a “brick wall” in favor of abortion rights, made abortion a central part of his campaign after Texas enacted a law banning abortions after the detection of a fetal heartbeat.

“Now we’ve seen in Texas that Roe v. Wade has ended, and Glenn Youngkin - the candidate that I’m running against - wants to do that here in Virginia,” McAuliffe said at a campaign stop at an abortion clinic in Charlottesville Sept. 9.

McAuliffe’s campaign also launched an ad criticizing Youngkin for his “far-right agenda” on abortion, and predicted that the Texas law would be a “huge motivator” in getting people to vote.

Marjorie Dannenfelser, president of SBA List, commented Nov. 2 that "McAuliffe arguably made abortion the central issue in his campaign, and it failed spectacularly. This is due in part to Glenn Youngkin punching back in his own TV ad and in the debates, defining McAuliffe as the real extremist for supporting painful late-term abortions."

Democrats for Life tweeted, "Terry McAuliffe made his campaign about abortion and Youngkin wiped the floor with him. Democrats- let’s not make the same mistakes over and over again. You need pro-life votes. Period."

Tuesday evening is projected to be a Republican sweep in Virginia.

This story will be updated. 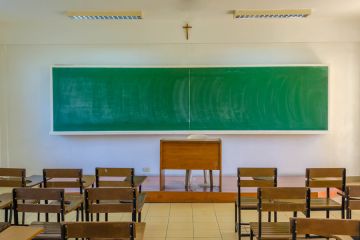