Memorial in Ottawa, Canada, in tribute to 215 Indigenous children whose remains were found in unmarked graves at the site of a former residential School in Kamloops, June 1, 2021. | meandering images/Shutterstock

The Canadian Conference of Catholic Bishops released further details of its upcoming trip to the Vatican to meet with Pope Francis alongside representatives from the country’s Indigenous populations.

The group will include 25 to 30 First Nations, Inuit, and Métis elders, knowledge keepers, survivors of residential schools, and young people, along with a “small group of Canadian bishops,” according to a CCCB press release issued Nov. 10. The delegates will come from throughout Canada, “representing multiple faith and linguistic backgrounds.”

The meetings with Pope Francis and other officials will be held from Dec. 17-20. An exact schedule is not yet available.

The trip to the Vatican was first announced in June 2021, shortly after the discovery of numerous unmarked gravesites near or at the locations of former residential schools. On Oct. 27, Pope Francis said that he intends to visit Canada in the future.

“The journey towards healing and reconciliation is a long one, but we believe this will be a significant milestone in the Catholic Church’s commitment to renewing, strengthening and reconciling relationships with Indigenous Peoples across the land,” CCCB President Bishop Raymond Poisson of the Diocese of Saint-Jérôme and of Mont-Laurier said in a statement.

“With this delegation, we hope to walk together in a new way, to listen with humility, and to discern the next steps that the Church can take to support residential school survivors, their families, and their communities,” he said.

Canada’s residential school system operated from the 1870s until the last school closed in 1996. First Nations, Inuit, and Métis children were separated from their families and sent to the schools, established by the federal government and run by Catholics and members of Protestant denominations, to force assimilation and strip them of familial and cultural ties.

According to the Truth and Reconciliation Commission, an estimated 4,100 to 6,000 students died as a result of neglect or abuse in the schools.

The theme of the Vatican trip is “Indigenous Peoples and the Church: Walking Together Toward Healing and Reconciliation,” something decided upon by both the bishops and the Indigenous partners, the bishops conference said. The theme was chosen “around the principles of mutual trust, respect, and a shared desire to move forward for a more hopeful future,” the CCCB said.

In Canada, Indigenous populations that historically populated the region south of the Arctic are referred to as “First Nations.” The “Métis” communities share both Indigenous and European heritage.

Once in the Vatican, the group will request a formal papal apology for past abuses at Catholic-run residential schools. They will also have the chance to discuss “their hopes and expectations for his eventual pilgrimage to Canada.”

The CCCB said the delegation is the result of “ongoing dialogue with the Assembly of First Nations, the Métis National Council, the Inuit Tapiriit Kanatami, and other Indigenous leaders,” and the Vatican has confirmed that Pope Francis “will participate in private meetings with First Nations, Inuit, and Métis delegates respectively to hear their personal stories of the lasting legacy of residential schools.”

Information about the individual delegates, as well as a finalized schedule, will be released in the coming weeks, the CCCB said.

Individual bishops, religious orders, as well as the CCCB, have issued apologies for the role the Church played in operating the schools. The Canadian government, as well as other Christian churches, have similarly apologized. Pope Francis declined Prime Minister Justin Trudeau’s request for an apology in 2018. 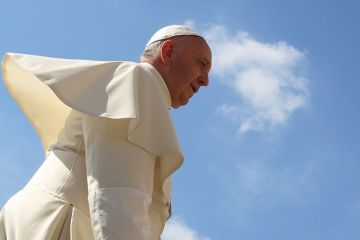 The U.S. bishops’ conference has volunteered to assist a new federal investigation of the history of boarding schools for Native American children.