The U.S. bishops, meeting in Baltimore for their annual fall assembly, voted Nov. 17 to inscribe St. Teresa of Kolkata, known during her life as Mother Teresa, in the Liturgical Calendar of the United States.

The bishops voted to include her feast day as an optional memorial that could be celebrated in the Mass on Sept. 5, the anniversary of Mother Teresa’s death.

The vote passed overwhelmingly 213-0, with one abstention. The action still needs the approval of the Vatican's Congregation for Divine Worship and the Discipline of the Sacraments before it takes effect.

"She is an incredible example of encounter," Bishop David L. Ricken of Green Bay said ahead of the vote.

"Some of her quotes I use frequently in teaching and homilies, and they're very powerful and effective in moving the heart and helping people to recognize Christ, especially...in the poor, but also in those around them. So I think there's a great devotion to her in many ways. And I think that we would be deeply served by putting this in our calendar," he said.

Mother Teresa was a missionary nun who worked and lived among the poor in India. She taught poor children, set up orphanages and houses for those suffering from AIDS, and cared for the sick.

In 1950, Mother Teresa founded the Missionaries of Charity which quickly grew from one house for the sick and dying to nearly 500 houses worldwide. In 1979 she received the Nobel Peace Prize. 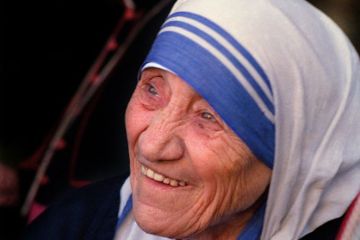 It’s official! Mother Teresa is going to be canonized

After months of anticipation, the miracle allowing for the canonization of Bl. Mother Teresa of Calcutta has officially been approved by the Vatican, though as of now no specific date for the event has been given.