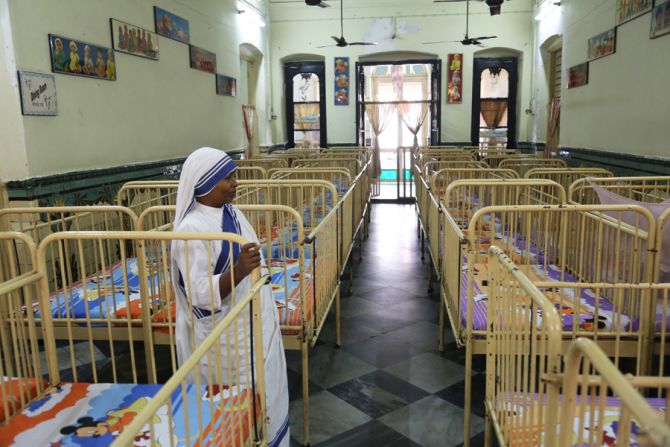 Vatican News reported on Saturday that the Indian government on Jan. 7 restored the Foreign Contribution Regulation Act (FCRA) license for the religious order, allowing the group to once again receive and utilize foreign funds.

India’s Ministry of Home Affairs had, on Christmas Day, ruled the Missionaries ineligible for foreign donations, without giving a full explanation of the reason.

Sunita Kumar, a spokeswoman for the Missionaries of Charity in Calcutta, told the New York Times Dec. 28 she was confident the problem could be resolved. She indicated that funding for the missionaries’ work would not be affected immediately due to local support.

Days later, however, the Missionaries began to ration their distribution of food and other items to the poor, leading to consternation and worry on the part of people in poverty being helped by the Missionaries.

The Indian government's reversal comes as a relief.

“We never expected that our registration could be cancelled but it happened,” Kumar told UCA News following the announcement Jan. 7.

“We are happy that the restoration of our license happened without much delay.”

Licenses for NGOs under India’s 1976 Foreign Contribution Regulation Act are subject to a 5-year validity period. The Indian government has in recent times increased its scrutiny of foreign funding for other non-profit organizations, such as Amnesty International.

These legal problems in India come amid political, social and religious tensions, as well as problems with anti-Christian religious extremism in many areas.

Foreign donations to the Missionaries of Charity made up more than $13 million for the financial year ending in March 2021, its filings said. The organization does not publicly report its total income, according to the New York Times.

Father Dominic Gomes, vicar general of the Archdiocese of Calcutta, had called the initial announcement “a cruel Christmas gift to the poorest of the poor.”

St. Teresa of Calcutta founded the Missionaries of Charity in 1950, under the Archdiocese of Calcutta. The government granted the missionaries a house to serve Calcutta’s poor in 1952. The organization now has hundreds of houses worldwide and its membership includes religious sisters and brothers and priests, plus a lay organization. The Missionaries of Charity have begun to ration their distribution of food and other items to the poor in the wake of the Indian government’s decision that they and other non-profits are no longer eligible to receive donations from abroad.