The Catholic Archdiocese of Malta confirmed on Thursday that Pope Francis intends to make a two-day visit to the country in April.

A Feb. 10 announcement on its website said that the 85-year-old pope had accepted the invitation issued by Malta’s President George Vella, the civil authorities, and the local Church.

It said that the visit to Malta and Gozo, the two largest islands in the archipelago officially known as the Republic of Malta, would take place on April 2-3.

“The pope will visit Valletta, Victoria, Floriana and Ħal Far, and the island of Gozo,” it said.

“The program and further details of the journey will be published at a later stage.”

Ħal Far is the site of an immigration reception center housing migrants from Africa.

Accepting the invitation of @presidentmt, the civil authorities and the Catholic Church of the country, @Pontifex will make an Apostolic Journey to #Malta from 2-3 April 2022. The Pope will visit #Valletta #Rabat #Floriana #ĦalFar & #Gozo.@MaltaGov pic.twitter.com/ia6s70UYjk

The news was also announced by Matteo Bruni, director of the Holy See Press Office, in a Feb. 10 statement.

“The official confirmation follows the official visit of Prime Minister Robert Abela to the Holy See last October where this visit of Pope Francis to Malta was also discussed,” it noted.

The pope had initially planned to visit the country in the central Mediterranean Sea on May 31, 2020, the Solemnity of Pentecost. But the Vatican announced that the trip had been “postponed until further notice” in March 2020 amid the coronavirus crisis.

In a February 2020 pastoral letter anticipating the pope’s visit, Malta’s bishops said that the theme of the trip would be “They showed us unusual kindness” (Acts 28:2).

The Archdiocese of Malta indicated on Thursday that this will be the theme of the April 2022 visit.

An overwhelming majority of Malta’s roughly half a million population are baptized Catholics. Catholicism is the state religion under the Constitution of Malta.

The country’s leading Catholic figure is Archbishop Charles Scicluna, the archbishop of Malta since 2015 and the adjunct secretary of the Vatican’s Congregation for the Doctrine of the Faith since 2018.

Pope Francis will make his first trip outside of Rome in 2022 on Feb. 27, when he visits the Italian city of Florence. He will speak at a meeting of bishops and mayors of the Mediterranean region. He will also meet with refugee families and celebrate Mass at the Basilica of the Holy Cross. The last pope to visit the country was Benedict XVI in 2010. 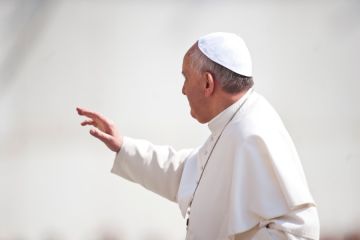