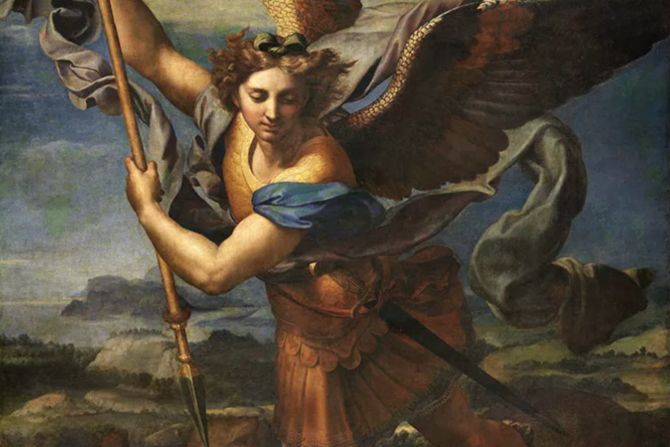 A statue of Saint Michael the Archangel stands in the center of Kyiv with a shield and a sword and as the protector of the capital of Ukraine and the entire country, now threatened by the invasion of Russia.

Placed in 2002, the statue, constructed of bronze and gold, stands above the Liadsky Gate in Independence Square in Kyiv. St. Michael the Archangel is the patron saint of Kyiv and is also at the center of the coat of arms of the Ukrainian capital.

The history of this devotion is reported by our sister agency, ACI Prensa.

In the 16th century, St. Michael the Archangel appeared on the coat of arms of Kyiv. But in 1969, during the regime of the Soviet Union, the authorities replaced his figure with chestnut leaves. This remained the case until after the fall of the USSR, when the archangel was returned to the coat of arms, in 1995.

The Golden Monastery of St. Michael the Archangel is a famous spot, standing majestically on the top of a hill to the right of the Dnieper River. Previously destroyed in the '30s by the Soviet authorities, it was then rebuilt in 1991 on the occasion of Ukraine’ independence..