With joy and hope, growing Norbertine abbey to launch new community in Illinois 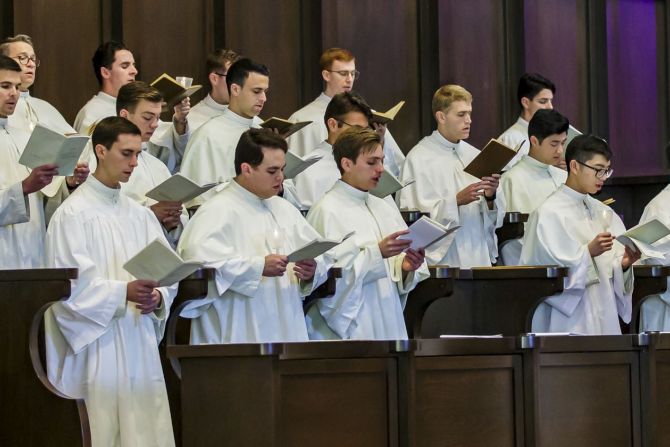 The choir sings during Candelmas at the Norbertine Fathers of St. Michael’s Abbey in Orange, Calif. | Photo courtesy of the Diocese of Springfield in Illinios.

The Norbertines’ St. Michael’s Abbey in Orange County, California, has seen major growth in recent years, and that growth will continue in Illinois. Plans are underway to establish a new community in the Diocese of Springfield in Illinois that will include a new center for Catholic spirituality and the formation of teachers of Catholic religion.

“We have developed a strong relationship with the Norbertine Fathers of St. Michael’s Abbey over the past several years, and we are thrilled to welcome them to our diocese,” Bishop Thomas John Paprocki of Springfield in Illinois said in a March 3 statement. “The Norbertines are a vibrant and growing community of holy men, and their presence and apostolic work will be a great blessing to the people of our diocese and to this region”

Abbot Eugene Hayes, O. Praem., who heads St. Michael’s Abbey, told CNA March 4 that he looked forward to working closely with the bishop and supporting “his bold plans of evangelization in and around his diocese.” For the Norbertines, he said, a new community in Illinois will mean “sharing with the faithful in the Diocese of Springfield the intellectual and spiritual gifts with which God has bestowed on the Norbertines of St. Michael’s Abbey through its many vocations to the religious life and priesthood.”

The Norbertine, or Premonstratensian, Fathers of St. Michael’s Abbey recently finished construction on a new abbey in eastern Orange County, after a $120 million fundraising campaign. However, the abbey is at full capacity, with almost 50 priests and 40 seminarians.

“In light of the growth in our community, we had already been discerning the possibility of establishing a new community when Bishop Paprocki approached us,” the abbot said March 3. “After prayerful discernment as a community, we have joyfully accepted Bishop Paprocki’s invitation, and we are grateful for the opportunity to establish a presence in the Springfield diocese.”

The Norbertines will help establish the new community on the grounds of the Hospital Sisters of St. Francis on the northeast side of the city of Springfield, the state capital. The Springfield diocese has announced plans to establish the Evermode Institute, located on the same grounds, to serve as a center for Catholic spiritual and intellectual formation.

The community at St. Michael’s Abbey dates to 1950, when seven priests fled communist Hungary. In 1957, Cardinal James McIntyre of Los Angeles invited them to California.

The monks’ lives are organized around the Mass and the Liturgy of the Hours. They chant together the prayers of the Divine Office.

“Norbertine Community life seeks to reflect the life of Christ and the Apostles. This reflection involves an ongoing conversion of the individual member through prayer and service,” the abbot told CNA.

“At St. Michael’s there is a strong liturgical life using the current observances of the Church in which Latin and Gregorian Chant have prominent roles,” the abbot said. “This inspiring form of worship presupposes intimacy with God’s Word in itself and in the world.”

The Norbertine priests work in parishes, teach in schools, and serve as chaplains to colleges and communities of women religious. They also minister and teach religious education in prisons, youth facilities, hospitals, and nursing homes, the St. Michael’s Abbey website says. The abbey hosts retreats, Bible studies, and a summer camp run by seminarians.

The planned Evermode Institute is named for the 12th century St. Evermode, a close collaborator of the Premonstratensians’ founder, St. Norbert. Evermode is known for his “great and effective works of evangelization and formation in the Catholic faith,” the Springfield diocese said. The planned institute will provide formation for lay and ordained teachers of the Catholic faith.

According to the abbot, the Norbertine approach to forming teachers of the Catholic faith involves “offering compelling preaching by word and example, to groups and individuals, which inspires and supports their growing closer to the person of Jesus Christ. From the perspective of the heart, Jesus Christ is the same yesterday, today, and forever (cf. Heb. 13:8). Our mission is helping a new generation of lay and ordained teachers experience this truth and share it effectively with those whom they serve.”

Formation of teachers, the abbot told CNA, aims to provide “orthodox teaching which carries into the present time and its needs the patrimony of the Church.”

“From the perspective of the mind, no problems are new,” Hayes said. “People need to be able to identify the problem and learn how to address it within the context of faith.”

Some plans, including the number of priests who will go to Springfield, are still to be determined. The abbot said the move will be a major change.

“Moving a family halfway across the country and settling in a new place is bound to have its difficulties,” Hayes said. “For those who are staying behind, there are mixed emotions similar to a family whose children are going off to college or moving far away. All of these can be handled with planning and patience, and we trust in God’s providence knowing that we are doing His will.”

He encouraged lay Catholics to help “by praying for Norbertine vocations as well as habitually encouraging vocations to the priesthood and religious life in their own families and parishes.” 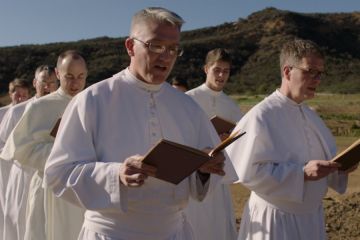 On any typical weekend, the white cassock-clad priests of the Norbertine order from St. Michael’s Abbey in southern California preach in about 35 parishes, sharing the fruits of their contemplative and communal life with the Church. 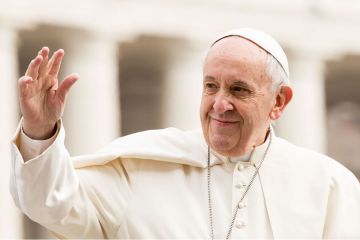 Pope Francis to the Norbertines: Always keep an open heart

The pope issued a message marking the 900th anniversary of the foundation of the Abbey of Prémontré.