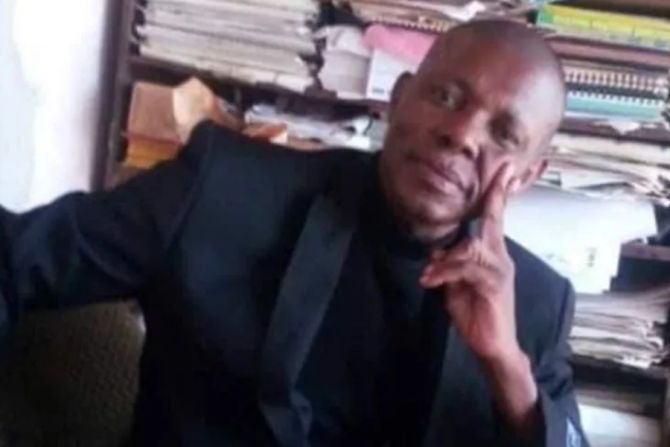 A Catholic priest of the Diocese of Minna in Nigeria was among 45 people kidnapped after Mass on Sunday.

The Nigeria Catholic Network reported that on the morning of March 27, assailants abducted villagers along with Father Leo Raphael Ozigi, a priest of St. Mary’s Catholic Church in the town of Sarkin Pawa.

Amanchukwu said in a letter to the Catholic Secretariat of Nigeria that “the unfortunate incident occurred when the priest was returning to his place of residence in Christ the King Parish, Gwada, after the celebration of the Holy Mass in his parish, St. Mary’s Parish, Sarkin Pawa.”

Gwada is about 40 miles to southwest of Sarkin Pawa. Both towns are located in the central Nigerian state of Niger.

“Kindly assist us to inform our bishops and priests about the ugly incident and our request for prayers and the celebration of the Holy Mass for the safe release of Rev. Father Raphael Leo by the abductors,” Amanchukwu said.

“At the same time,” he continued, “assist us with prayers for the safe release of our numerous brothers and sisters who have been held hostage by the rampaging bandits attacking communities and villages in Niger State.”

A March 28 news report from Sahara Reporters said that 44 villagers were also kidnapped during the two-day attack. The people abducted were reportedly villagers who had just returned to their communities on Saturday after living in Internally Displaced Persons camps.

“We entrust Father Leo and other captives to the Maternal Intercessions and Protection of Mary Mother of Mercy,” Amanchukwu said. “May the Holy Spirit secure the release of our brother, Father Raphael Leo, from the hands of the bandits. Through Jesus Christ our Lord. Amen.”

Nigeria is Africa’s most populous nation, with an almost even divide between Christians and Muslims. Nigeria’s Christians, especially in the northern part of the country, have for the past several decades been subjected to killings, kidnappings and property destruction, often at the hands of Islamic extremist groups.

Nigeria has experienced further insecurity since 2009, when the Boko Haram insurgency began, aiming to turn the country into an Islamic state.

For more than 10 years, Boko Haram, one of the largest Islamist groups in Africa, has organized terrorist attacks on religious and political groups, as well as civilians.

The situation has been further complicated by the violence of Fulani herdsmen, a Muslim ethnic group that was responsible for the most killings in Nigeria last year, having murdered an estimated 1,909 Christians in the first 200 days of 2021. Sister Nkiru was returning home from a marriage ceremony with other people when armed assailants opened fire on their vehicle. Cardinal Onaiyekan said: ‘They attack farmers’ fields, kill farmers and no one says anything.’