Pope Francis: ‘The doctor has told me not to walk’ 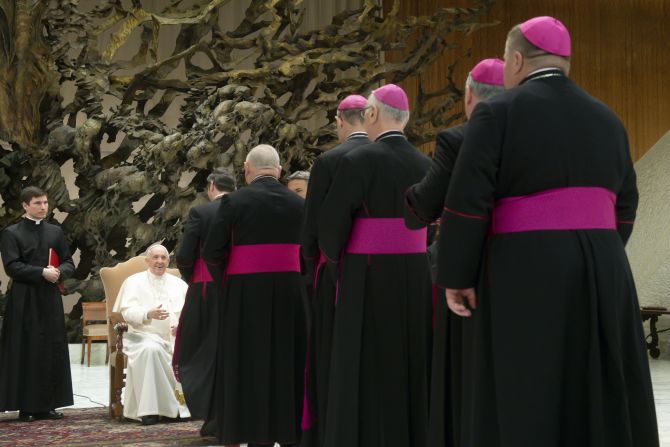 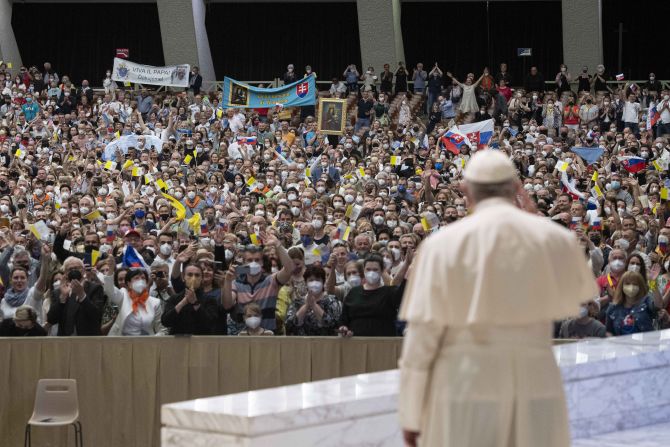 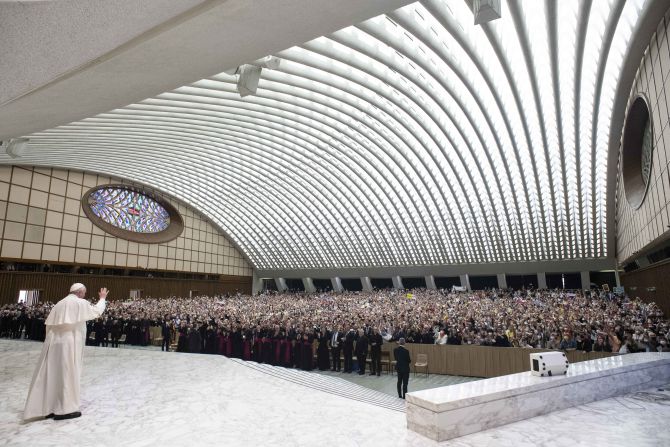 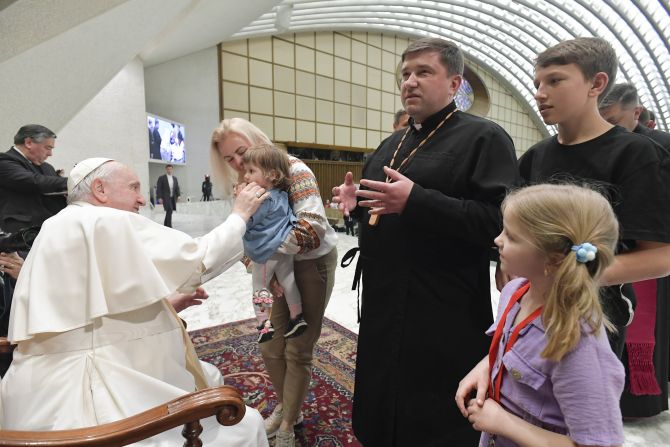 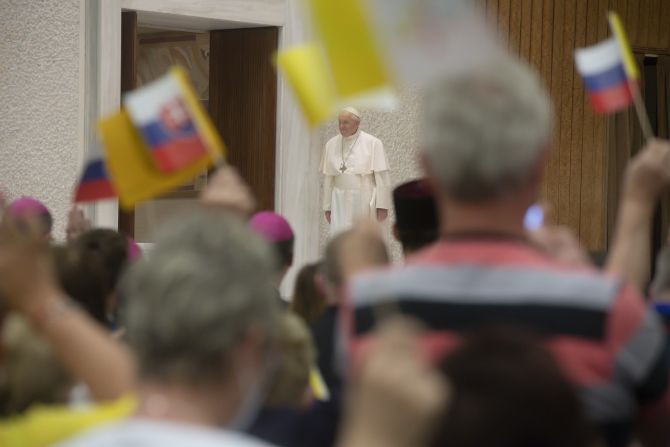 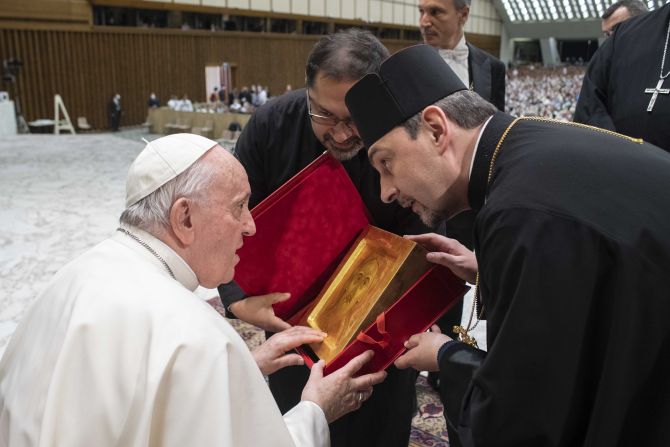 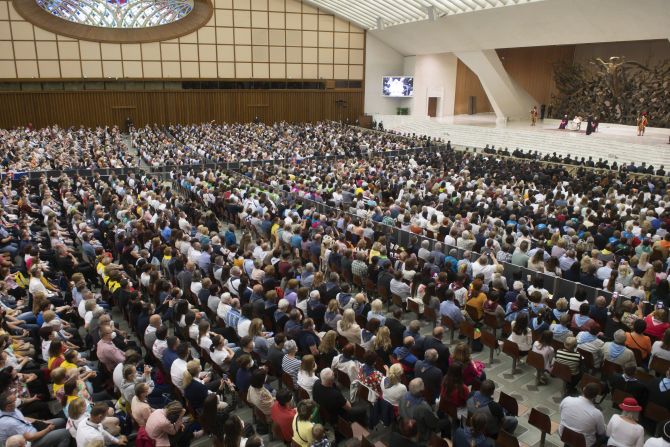 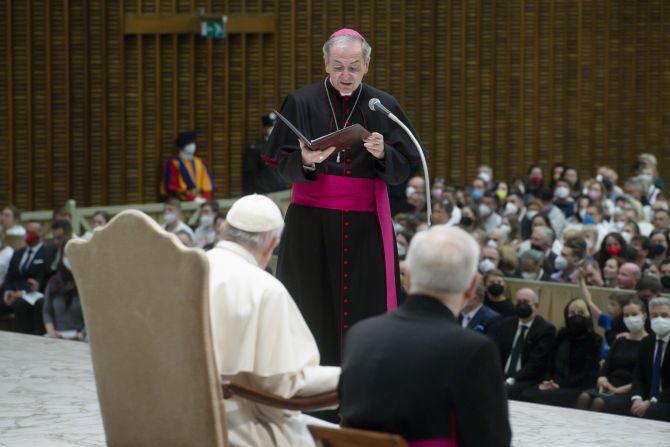 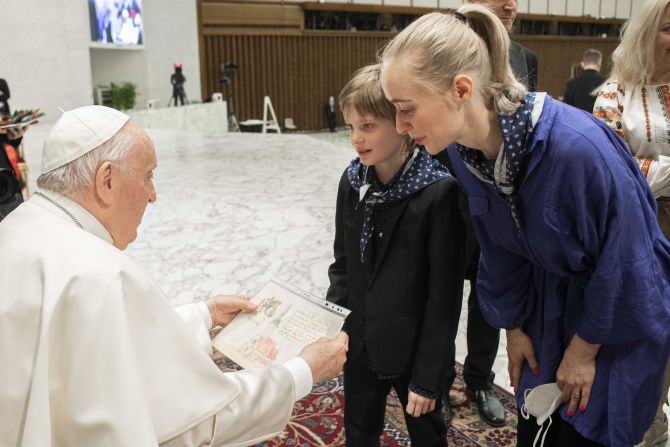 Pope Francis said on Saturday that he continues to have problems with his leg, for which his doctor has ordered him not to walk.

“There is a problem: this leg is not good, it does not work, and the doctor has told me not to walk. I like to go... but this time I have to obey the doctor,” he said in a meeting with a Catholic pilgrimage group from Slovakia on April 30.

At the end of his speech in the Vatican's Paul VI Hall, the pope said he would not be able to walk to greet the Slovakian pilgrims.

“For this I will ask you for the sacrifice of going up the stairs and I will greet you from here, sitting,” he stated. “It is a humiliation, but I offer it for your country.”

Pope Francis has been suffering from an inflamed ligament in his right knee, causing pain when he walks. During the last several weeks, he has canceled meetings and opted to spend more time seated during public audiences or Masses.

During Saturday’s gathering, the pope walked unassisted, but with a visible limp, to his seat on the stage. He also stood while giving the final blessing. He otherwise remained seated.

In his remarks, Pope Francis spoke about his visit to Slovakia in September 2021, which he said he carries “in my heart.”

He addressed thousands of Catholics who came on pilgrimage to Rome from Slovakia in thanksgiving for the pope’s trip to their country.

“It has been a great pleasure for me to see how the Church in Slovakia lives the richness of the diversity of rites and traditions, as a bridge that unites the Christian West and East,” Pope Francis said.

“We thank the Lord because, despite the pandemic, I was able to visit your country; may He make the fruits of the apostolic journey mature.”

Francis also thanked the Slovakian people for welcoming him to their country, and for the hospitality they are now showing to Ukrainian refugees fleeing the war.

“In recent months, many of your families, parishes and institutions have received under their roof the mothers and children of Ukrainian families forced to split up in order to save themselves, who had arrived with their poor luggage,” he said.

“Looking into their eyes,” the pope added, “you are witnesses of how war does violence to family ties, deprives children of the presence of their father, of school, and leaves grandparents abandoned.”

He encouraged Slovakian Catholics to continue to pray and work for peace in their country.

“Whoever welcomes a needy person performs not only an act of charity, but also of faith, because he recognizes Jesus in his brother and sister,” he stated.

“Thank you,” he continued, “for your fidelity to Christ, manifested in the witness of lived faith, in the practical ecumenism of your relations with your neighbors, in the welcoming charity also of those who are different, in the respect for every human life and in the responsible care for the environment.” Knee pain has forced the 85-year-old pope to curtail his activities in recent weeks.

The pope spoke to around 25,000 young people in Košice, eastern Slovakia.