Pope Francis to LGBT people: God ‘does not disown any of his children’ 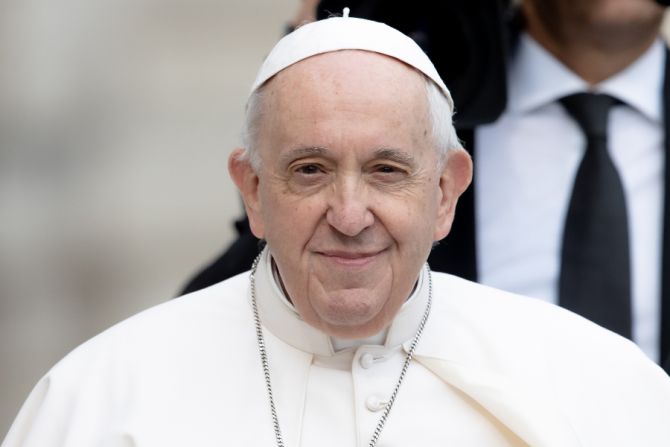 Pope Francis at the general audience in St. Peter’s Square on May 4, 2022. | Daniel Ibáñez/CNA.

Pope Francis has underlined that God “does not disown any of his children” in a brief message marking the launch of a new website for LGBT Catholics.

The pope made the comment in a handwritten letter dated May 8 to Father James Martin, S.J., the editor at large of America Media, the company supporting the new website, outreach.faith, launched on May 1.

In the letter, the Jesuit pope replied to questions posed by Martin, the author of “Building a Bridge,” a 2017 book advocating closer ties between the Catholic Church and the LGBT community.

Critics have accused Martin of rejecting Catholic teaching on the sinfulness of homosexual sexual acts, but he has insisted that he does not reject the teaching of the Church.

In June 2021, Pope Francis expressed support for Martin’s controversial ministry and encouraged him to “continue this way.”

Asked what he considered the most important thing for LGBT people to know about God, the pope replied in the May 8 letter: “God is Father and he does not disown any of his children. And ‘the style’ of God is ‘closeness, mercy, and tenderness.’ Along this path, you will find God.”

The pope also advised LGBT people interested in learning about the Church to read the Acts of the Apostles, the New Testament book describing the growth of the early Christian community.

“There they will find the image of the living Church,” the 85-year-old pope commented.

Pope Francis was also asked what advice he would offer to LGBT Catholics who have experienced rejection from the Church.

Writing in Spanish, he said: “I would have them recognize it not as ‘the rejection of the Church,’ but instead of ‘people in the Church.’”

“A ‘selective’ church, one of ‘pure blood,’ is not Holy Mother Church, but rather a sect.”

Introducing the Outreach website, described as an “LGBTQ Catholic resource,” Martin explained that it would serve as “a clearinghouse for information” about LGBT ministries in the worldwide Church.

Outreach will host an LGBTQ Catholic Ministry Conference at the Fordham Lincoln Center in New York on June 24-25. The keynote address will be given by Bishop John Stowe of Lexington, Kentucky.

The final speech will be delivered by Sister Jeannine Gramick, co-founder of New Ways Ministry, who was subject to a notification by the Vatican Congregation for the Doctrine of the Faith in 1999.

Pope Francis sent a letter to Gramick in December 2021, thanking her for her “closeness, compassion, and tenderness” during 50 years of service. Cardinal Marx: ‘The Catechism is not set in stone. One is also allowed to doubt what it says’

‘I want to move Church teaching forward,’ the influential German cardinal said in a new interview. 'Gay and Catholic': A Q&A with writer and speaker Eve Tushnet

This spring, Eve Tushnet wrote an article about the conversion therapy in Catholic spaces. The article, included in the June 2021 issue of America Magazine, cited anecdotal evidence from interviews Tushnet conducted during her research. CNA responded to the article with a different perspective on welcoming LGBT members of the Church, supported by our own research and interviews.