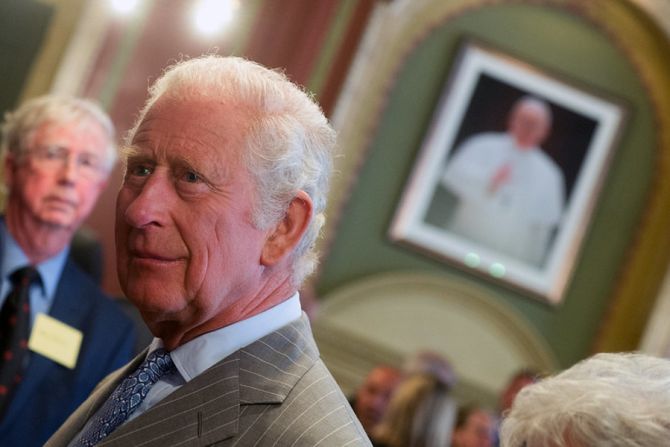 Prince Charles has marked the 100th anniversary of a society supporting the Catholic archbishops of Westminster.

The heir to the British throne attended the Society of St. Augustine of Canterbury centenary reception at Archbishop’s House, Westminster, on May 10.

The Prince of Wales was the principal guest at the reception hosted by Cardinal Vincent Nichols, the archbishop of Westminster since 2009.

The society’s president, Edward Fitzalan-Howard, 18th Duke of Norfolk, spoke about how the organization had helped to maintain and improve Archbishop’s House, the central London residence of the archbishops of Westminster, since it was founded by Cardinal Francis Bourne in 1922.

An auction at the event raised more than 6,000 pounds (around $7,500) towards the society’s Centenary Appeal.

The society is seeking to raise 100,000 pounds ($125,000) towards the cost of reducing energy consumption and carbon emissions at Archbishop’s House.

Prince Charles was confirmed as an Anglican in 1965, at the age of 16. When he succeeds to the throne, he is expected to serve as Supreme Governor of the Church of England, the country’s established state church.

He has a keen interest in Orthodox Christianity and has frequently visited Mount Athos. He has also expressed support for persecuted Middle Eastern Christians.

He attended the canonization of John Henry Newman in Rome on Oct. 13, 2019. He described the Victorian-era convert to Catholicism as a “thinker ahead of his time” and a “fearless defender of truth.” The Prince of Wales said Saturday that the canonization of Cardinal John Henry Newman is a cause for celebration among all Britons, those who are Catholic and those who “cherish the values by which he was inspired.”