When Father Josh Johnson first felt called to the priesthood, there was an obstacle he had to overcome first — Johnson is Black, and he had never met a Black Catholic priest before. He says he didn't see the priesthood as realistic, because he had never seen a priest who looked like him.

Racially diverse Catholics feel called to the priesthood or religious life, but may have rarely seen a priest or religious who is the same race as them, Johnson noted.

"Representation really is important when it comes to promoting the consecrated life, religious life, and diocesan priesthood. Representation of charism, but also of ethnicity,” Johnson told CNA.

Together with Sister Josephine Garret, a Sister of the Holy Family of Nazareth, and Archbishop Shelton Fabre of Louisville, Johnson will soon be putting on a retreat for young Catholics featuring speakers of various races and ethnicities.

Johnson, the vocations director for the Diocese of Baton Rouge, told CNA that he wants to expose young people to many kinds of religious life, and also to include a racially diverse set of speakers who can serve as inspiration for young Catholics of color.

“Because we want people to see the different charisms that are out there whether it's Benedictine, Franciscan, Dominican, Jesuit, Josephite, Carmelite, diocesan, but we also want people to see black, and white, and Vietnamese, and Hispanic, so that when people come they can identify and say, ‘I can be that too.’"

The “Chosen Retreat” will take place at St. Joseph Abbey in Covington, Louisiana, June 3-5. The weekend retreat is open to all 18-40-year-old men and women. Johnson said if this year’s retreat proves successful, he hopes to make it an annual event.

Johnson said it was important to him in organizing the retreat that he make it a time conducive for prayer, fellowship, and study. Sister Garrett and Archbishop Fabre — who for the past several years has served a member of the U.S. Catholic bishops’ conference committee on cultural diversity in the Church— will be giving talks, and Johnson said the talk he will give will be very practical, discussing what the men and women interested in vocational discernment can do next.

Johnson has been praying, fasting, and publicly advocating for an end to racism, and for racial reconciliation, for years. In ministering to the Black community, Johnson said a “ministry of presence” is key; the Church should be present in predominantly Black areas, inviting young people to consider the priesthood and teaching young people how to pray, because “a lot of people aren't rooted in the interior life,” Johnson noted.

Johnson said he began to desire the priesthood after becoming friends with priests and seeing their ministry. He fell in love with the priests’ role of bringing Christ's Eucharistic presence into the world, and the opportunity that the priesthood brings to "accompany people on their walk to eternity."

"There's nothing better than knowing we can be used by our Lord to be a bridge for people to be with the Trinity for all eternity. Nothing compares," he commented. 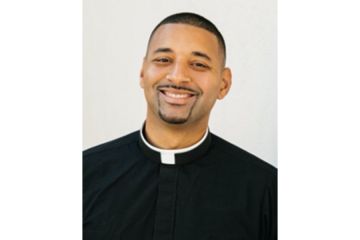 Two black Catholic priests— one ordained six years, the other 42— shared their thoughts with CNA this week on the sin of racism, and the importance of praying, fasting, and advocating for healing. Bishop Shelton Fabre will succeed Archbishop Joseph Kurtz, who led the Archdiocese of Louisville from 2007. 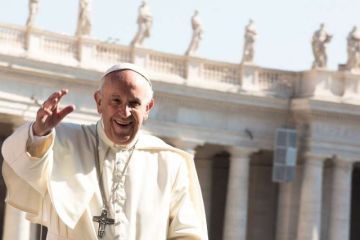 'Have no fear': Pope Francis calls Catholics to say 'yes' to vocations

Acknowledging that discerning God’s plan is a daunting task, the pope said that trust in the Lord can overcome our fears.