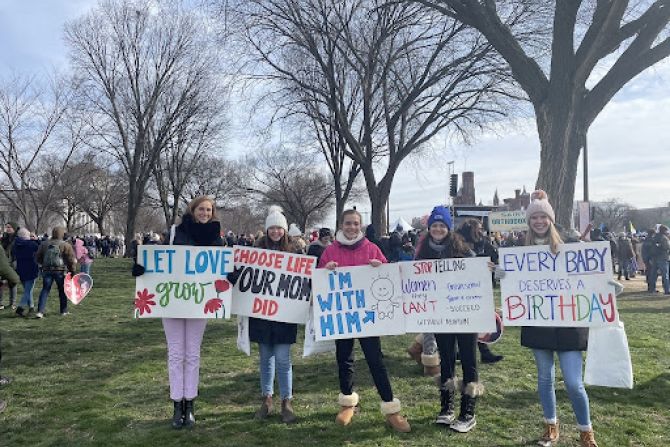 “We've really kind of outgrown the ‘list’ part of our name,” Mallory Carroll, the vice president of communications, told CNA on Wednesday. “SBA Pro-Life America reflects both our history and our growth into the policy and political muscle, that arm that we've become.”

The group began in 1992 as a counter to EMILY’s List — which exists to get Democratic pro-choice women elected — by giving pro-life women a voice in politics.

“Thirty years ago, the loudest voices in politics belonged to the abortion lobby and America’s pro-life women were seldom heard,” Marjorie Dannenfelser, the president of SBA Pro-Life America, said in a press release. “Today, women are at the forefront of historic life-affirming change in state legislatures and in Washington, and the pro-life movement is at the threshold of a new era.”

Carroll confirmed that the move is also “anticipatory of the opportunities that we're going to have in the days, weeks, months, and years ahead with the decision in the Dobbs case,” or the Supreme Court case that may overturn Roe v. Wade. If Roe, which legalized abortion nationwide in 1973, is overturned, then abortion legislation could be left up to each individual state.

She added that the group is “expanding at the state level to be able to replicate what we've done at the federal and statewide level in elections and policy, heavily investing in elections and then leveraging that success into policy wins for the unborn and for their mothers.”

The new name, Alexandra DeSanctis at National Review wrote, counters abortion group NARAL Pro-Choice America. When asked about the name similarities, Carroll told CNA that NARAL’s name was not a part of her group’s decision-making process.

The group does this through “all of our entities,” she said, including its research arm, the Charlotte Lozier Institute, and its program to empower pregnant women in need (Her PLAN) as well as its super PAC and candidate fund.

“We're trying to meet the needs of the movement in every way,” Carroll told CNA.