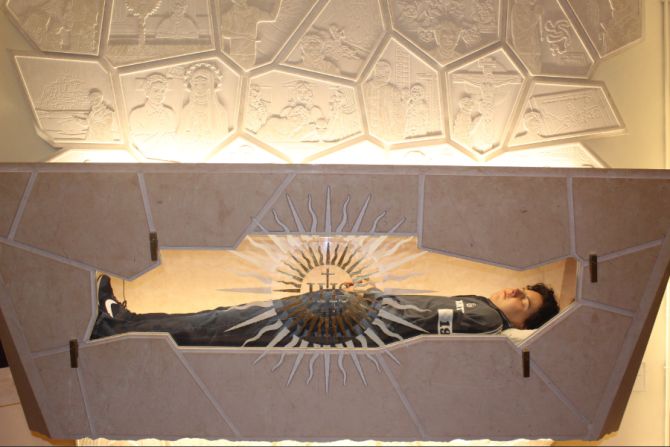 Visitors to Assisi can once again see Blessed Carlo Acutis, the first millennial to be beatified in the Catholic Church, dressed in jeans and tennis shoes through a viewing glass on his tomb.

With the lifting of Italy’s former travel restrictions for tourists, many international pilgrims will now have the opportunity to see the young Blessed for the first time.

The archbishop of Assisi-Nocera Umbra-Gualdo Tadino said that he hopes that all who come to pray at the tomb will “open themselves to the light of the Gospel and have a profound experience of faith."

Acutis’ tomb is located in Assisi’s Sanctuary of the Renunciation, a part of the Church of St. Mary Major. The sanctuary is located on the spot where a young St. Francis of Assisi is said to have cast off his rich clothes in favor of a poor habit.

In a letter written for the Sanctuary of the Renunciation’s inauguration in 2017, Pope Francis called it “a precious place where young people can be aided in the discernment of their vocations.”

Blessed Carlo Acutis was a young Catholic from Italy with a passionate devotion to the Real Presence of Jesus in the Eucharist and an aptitude for computer coding.

He died of leukemia in 2006 at the age of 15, offering his suffering for the pope and for the Church.

Despite tight travel restrictions due to the COVID-19 pandemic, more than 41,000 people visited Acutis' tomb during the diocese’s 19-day celebration of his beatification in October 2020 when it was originally opened for public viewing, according to the Diocese of Assisi.

The opening of Acutis' tomb at the time caused some confusion online as to whether the teen might have been incorrupt, which led the bishop of Assisi, Domenico Sorrentino, to clarify that the boy's body, though intact, “was found in the normal state of transformation typical of the cadaveric condition."

While the viewing glass over Acutis’ tomb had remained covered since Oct. 19, 2020, devoted pilgrims continued to visit the tomb bringing their prayer intentions with them.

Pope Francis has said that Blessed Carlo’s “witness shows today’s young people that true happiness is found by putting God in first place and serving Him in our brothers and sisters, especially the least.”

Blessed Carlo Acutis was recently named one of the patrons of the World Youth Day celebration set to take place in Lisbon, Portugal in August 2023. 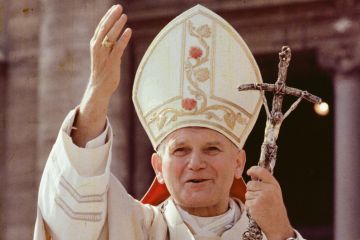 The Virgin Mary will be the “patroness par excellence” of the youth gathering. Visitors can still pray at the closed tomb in Assisi, Italy. 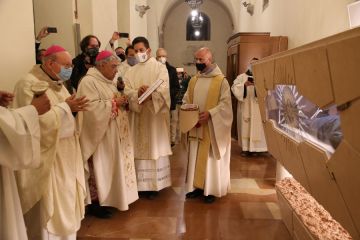 More than 41,000 people visited Bl. Carlo Acutis’ tomb during the 19-day celebration of the Italian teen’s beatification, according to the Diocese of Assisi.