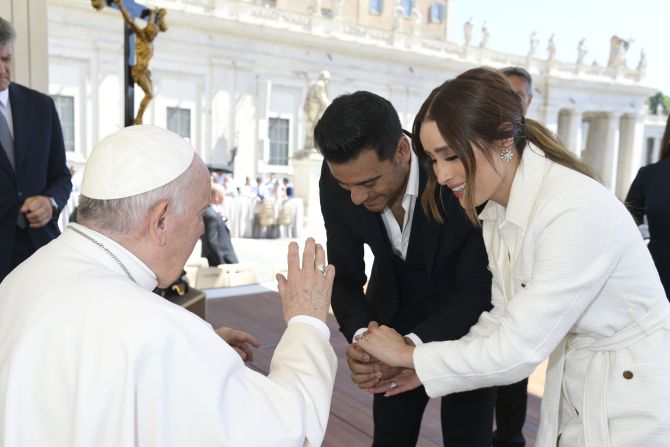 Adequate preparation for the Sacrament of Marriage is a matter of justice in the Catholic Church, Pope Francis said in a new Vatican document for priests and dioceses working with engaged couples.

“There is therefore first and foremost a duty to accompany with a sense of responsibility those who manifest the intention to be united in marriage, so that they may be preserved from the traumas of separation and never lose faith in love,” the pope said in the preface to “Catechumenal Itineraries for Married Life,” published on June 15.

The 97-page booklet, prepared by the Dicastery for Laity, Family, and Life, is a pastoral tool for bishops, priests, married couples, and people serving in family ministry.

The document “is a gift and it is a task,” Francis said, underlining that it offered guidelines that should be adapted to particular cultures and situations, rather than being considered “magic formulas.”

In his preface, Pope Francis noted the Church’s years-long preparation for candidates to the priesthood and religious life, and how marriage preparation sometimes only lasts a few weeks.

“It is therefore a duty of justice for the Mother Church to devote time and energy to the preparation of those whom the Lord calls to so great a mission as the family,” he said.

The document is available in Italian and will soon be released in other languages, the Vatican said. It is structured in three stages: marriage preparation, the wedding celebration, and accompaniment in the first years of married life.

“The Church, in every age, is called to proclaim anew, especially to young people, the beauty and abundance of grace that are contained in the sacrament of marriage and in the family life that flows from it,” Pope Francis said.

He noted that married couples make up the majority of the Catholic faithful and are often pillars in parish life, volunteer groups, and Catholic movements and associations.

“There is also a feeling of justice that should animate us. The Church is a mother, and a mother does not play favorites among her children. She does not treat them with disparity; she gives everyone the same care, the same attention, the same time,” he said.

“Dedicating time is a sign of love: if we do not devote time to a person it is a sign that we do not love them.”

Spouses are “guardians of life,” he said, pointing out that “it is from families that vocations to the priesthood and consecrated life are born; and it is families that make up the fabric of society and ‘mend its tears’ with patience and daily sacrifices.”

There is a concern, he explained, that if marriage preparation is superficial, couples will run the risk of celebrating a null marriage, or having too weak a foundation to withstand the inevitable crises.

“These failures bring with them great suffering and leave deep wounds in people. They become disillusioned, bitter and, in the most painful cases, even end up no longer believing in the vocation to love, inscribed by God himself in the heart of the human being,” he said.

The Dicastery for Laity, Family, and Life said that the marriage preparation booklet was an initiative to mark the Amoris Laetitia Family Year, which is dedicated to deepening pastoral outreach to families. The year marks the fifth anniversary of Amoris laetitia, Pope Francis’ apostolic exhortation on love in the family. It will end on June 26, with the 10th edition of the World Meeting of Families in Rome.

The pope said he hoped that another document would soon be published dedicated to men and women “who have experienced the failure of their marriage and are living in a new union or are civilly remarried.”

The Church wants to accompany these couples “so that they do not feel abandoned and can find accessible and fraternal places of welcome, help in discernment and participation in communities,” he wrote.