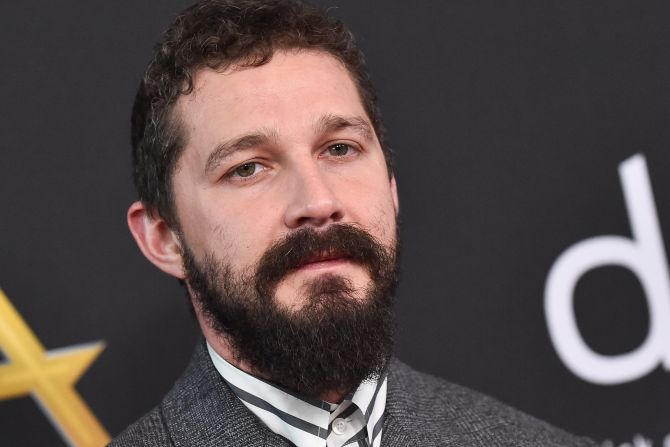 Shia LaBeouf, an actor known for his roles in such movies as “Transformers” and “Fury,” made headlines this week for the personal details he shared about how his on-screen portrayal of Padre Pio led him to a newfound love of the Catholic faith.

In an 80-minute-long interview with Bishop Robert Barron of the Diocese of Winona-Rochester and Word on Fire ministries, LaBeouf spoke at length about his appreciation of the works of St. Augustine and Thomas Merton, his devotion to the Traditional Latin Mass, the peace he feels when he prays the rosary, and his experience receiving the Holy Eucharist for the very first time.

“I start feeling a physical effect from it,” he said of going to Communion. “I start feeling a reprieve and it starts feeling, like, regenerative, and [I] start enjoying it to such a degree I don't want to miss it, ever.”

Though revelatory — and perhaps surprising, coming from a major Hollywood star — the interview didn’t conclusively answer a question many of his Catholic fans are asking: Has Shia LaBeouf formally “converted to Catholicism,” as Fox News and other secular media outlets have reported.

To better understand the steps necessary to enter the Catholic Church and the actor's spiritual journey, CNA spoke to a canon lawyer and a Franciscan friar who befriended LaBeouf during his "Padre Pio" movie project. Here’s what we found out.

LaBeouf, 36, says he was agnostic before finding God.

Although he made his bar mitzvah as a 13-year-old boy, he never fully embraced his mother’s Jewish faith, he told Barron.

Despite his successes as an actor, his life was in turmoil. In trouble with the law multiple times, he currently faces a lawsuit filed by his ex-girlfriend accusing him of being abusive.

Estranged from his mother because of his downward spiral, LaBeouf told Barron he had reached the point where he despaired of living, saying, “I don’t want to be here anymore.”

LaBeouf said he believes God used his eagerness to resurrect his lagging movie career to put him on a path to healing and personal peace.

The turning point was an offer to play the lead in Abel Ferrara’s new film “Padre Pio” — which premiers at the Venice Film Festival next week and officially releases Sept. 9, according to imdb.com.

Though he knew little if anything about the famous Italian saint, or Catholicism in general, LaBeouf lept at the chance.

As it turned out, it wasn’t his career that God wanted to save, LaBeouf believes.

The Franciscan friars he spent time with to prepare for the role made him increasingly curious about the faith that inspired Padre Pio.

They directed him to the Gospel of Matthew and the works of other important Catholic writers, which he devoured.

In the interview, LaBeouf spoke about his view of Jesus, before reading the Gospels, as someone who is “soft, fragile, all loving, all listening” but with “no ferocity, no romance.” What he encountered in the Gospels was a very different, masculine Christ, he said.

The friars also introduced LaBeouf to the Mass. He told Barron he became especially attracted to the Traditional Latin Mass. Unlike the Novus Ordo Masses he attended, he said, the old liturgy struck him as being focused on God, more than the congregation. He said he felt as if someone was sharing a “profound secret” with him, “not selling me a car,” referring to the guitar-playing he'd experienced at another Catholic parish he attended.

At the Latin Masses offered by the Institute of Christ the King in Oakland, California, he told Barron, he had a strong sense that he had “found something.”

So is he officially a Catholic?

Brother Alexander Rodriguez, O.F.M., is a Franciscan Capuchin who became close with LaBeouf during the actor’s preparation for the role of Padre Pio, which included visiting Old Mission Santa Inés in Solvang, California.

Additionally, Rodriguez went on to accompany LaBeouf to Italy and is even featured in the film. In the interview with Barron, LaBeouf speaks about Rodriguez as “his right-hand man in life and in the film.”

According to Rodriguez, LaBeouf had entered the Rite of Christian Initiation, or R.C.I.A., at Santa Inés. But the friar revealed that LaBeouf never finished the catechetical education program because of conflicts with his filming schedule.

Rodriguez said that the actor learned while in San Giovanni Rotondo, Padre Pio’s hometown in Italy, that he had been baptized when he was 13 by his uncle, a Methodist pastor.

Rodriguez said that when LaBeouf discovered he was baptized, the Italian Capuchins asked him if he would receive Communion. According to Rodriguez, one of the Capuchins said to him: "You can't play Padre Pio without receiving Communion!"

LaBeouf told Bishop Robert Barron he felt a “reprieve” after receiving the Eucharist and decided afterward that he never wanted to miss Mass again.

Rodriguez said LaBeouf attends Mass as much as he can on weekdays and consistently on Sundays. LaBeouf is in contact with Rodriguez and “always wanting to learn” about the Catholic faith, the friar said.

What is required to officially become Catholic?

Father Philip-Michael Tangorra, a canon lawyer and priest for the Diocese of Paterson in New Jersey, said that the R.C.I.A. program is the usual means for an unbaptized person to convert to Catholicism.

It is a different matter for those who already are validly baptized, he said.

“A person who is already baptized is not a convert to the faith, but a person who is being brought into full communion with the Church and needs only that catechesis necessary to profess the faith and prepare them to receive the remaining sacraments of initiation: confirmation and the Eucharist,” Tangorra said.

“Of course, an already baptized person would also make good use of the sacrament of penance as part of their preparation for confirmation and their First Eucharist,” he added.

Can LaBeouf validly receive communion, then?

“I am not at all familiar with the faith background of Mr. LaBeouf,” Father Tangorra stressed.

“If he is already baptized but not confirmed and had not received his First Eucharist, then he would need to go through catechetical instruction to prepare himself for these sacraments,” he reiterated. “If he is already Catholic and had fallen away for a period of time but is now returning, then a good confession would be appropriate.”

CNA attempted to reach LaBeouf unsuccessfully. When contacted, Word on Fire had no other further details about the status of LaBeouf’s faith journey.

If the actor’s interview is any indication, however, LaBeouf appears well along the path toward entering the Church, if he hasn’t formally done so yet.

“In the end,” Father Tangorra told CNA, “we should rejoice that Mr. LaBeouf wants to, and identifies with the Catholic faith.” When then Pope John Paul II’s plane landed in Nicaragua on March 4, 1983, the authorities were waiting, including Daniel Ortega, who with his wife, Rosario Murillo, now lead the country’s current dictatorship.

The bishop of San Diego shares Pope Francis' passion for the plight of migrants, the homeless, and the environment.