A nonprofit legal organization specializing in religious liberty cases has conducted a study comparing U.S. states on the basis of how free its residents are to practice their faith.

Spoiler alert: Mississippi offers the most protections for religious freedom, while New York comes in last on the First Liberty Institute’s “Religious Liberty in the States 2022 (RLS)” index.

The states are ranked according to how many laws are on the books that protect the free exercise of religion, with the states with the most laws providing safeguards for religious freedom ranked the highest.

Sarah Estelle, a research fellow with the Institute’s Center for Religion, Culture & Democracy (CRCD) and associate professor of economics at Hope College in Michigan, directed the project. She analyzed laws in all 50 states and narrowed the index down to 29 separate laws, the majority of which offer protections for medical professionals, allowing them to opt out of providing abortions, sterilizations, and contraception.

Top-ranking Mississippi, for example, scored a 20 out of 20 on laws that allow health care workers to refuse to take part in procedures or services that go against their religious beliefs.

By comparison, New York at No. 50 scored only a 5 out of 20 on health care exemption laws. Doctors in the Empire State have no legal protections if they were to refuse to perform sterilizations or prescribe contraception, nor does the state protect them from criminal liability if they refuse to perform abortions.

Five states — Alabama, Illinois, Mississippi, New Mexico, and Washington — have enacted “general conscience provisions,” which do not specify the type of medical care covered but offer protection to those who refuse to take part in any medical services that are contrary to their beliefs.

“The most extensive protection a state can provide to health care practitioners is a general conscience provision,” she told CNA.

A general conscience provision would protect health care practitioners who refuse to take part in transgender treatments, for example. Estelle said next year’s survey could conceivably reflect the public’s changing opinions about such treatments.

“If concerns about specific health care procedures spur changing laws in existing areas, say encouraging more states than the current five to codify general health care conscience provisions, then we’ll see that too as we update our data each year,” she said.

Other safeguards included in the index are laws concerning absentee voting (whether states have laws that recognize religious holidays as a legitimate reason to vote by absentee ballot), childhood immunization requirements, and the freedom to refuse to participate in same-sex weddings.

Several areas of laws not included in the index are at the center of current legal disputes over religious liberty. The study notes that issues relating to state-funded scholarships for religious schools, adoption and foster care, employment discrimination, and the treatment of prisoners were not taken into consideration in the rankings.

In some cases, those issues involved federal laws, so state comparisons were not possible. For their inaugural index, researchers decided to narrow their criteria to a set of state religious freedom laws, which they note in the introduction to the index provides a “sketch” of religious liberty protections in the United States.

“To get an accurate understanding of religious liberty in America, we must start our sketch with the base level before we might move on to examine other phenomena that strengthen, weaken, or leave untouched these foundational elements,” Jordan J. Ballor, director of research at the CRCD, wrote in the introduction to the survey.

Here’s a look at why Mississippi ranks No. 1 and New York ranks No. 50 in religious freedom protections among U.S. states according to the RLS:

To view the entire study and learn about its methodology visit the First Liberty Institute’s website. With some American companies able to have a profound impact on the exercise of free speech and religious freedom, Alliance Defending Freedom and Inspire Investing have launched a Business Index to rate their commitment to these values. The Diocese of Palm Beach contacted the police department in December 2021, raising concerns about a fraudulent bank account and misappropriation of funds. 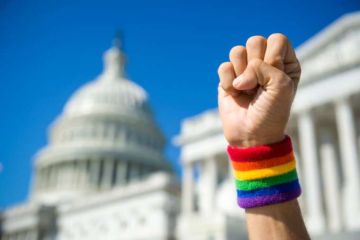 Do church-affiliated universities and Christian moral codes have a place in higher ed? Critics of Seattle Pacific University, it seems, think the answer is no.