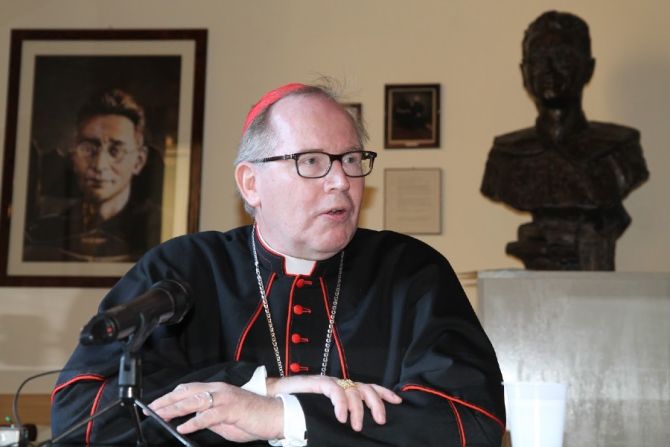 Extreme forms of gender theory have become so influential that a papal encyclical should address the topic, Dutch Cardinal Willem Eijk of Utrecht has said, noting Pope Francis’ previous teachings on the topic.

“I asked whether it wouldn’t be good if the pope issued an encyclical on gender theory,” he said during a press conference last week, the Dutch daily Nederlands Dagblad reported.

“Gender theory is being pushed in all kinds of organizations and we as a Church have not said much about it,” said Eijk, who has authored a new book on marriage and sexuality.

The cardinal has previously called for an encyclical or other Vatican document on the subject of gender theory.

Gender theory in its radical forms presents gender as a social construct entirely separate from human biology. Its influence in academic circles has widened to the broader culture in many countries. Among other trends, it has helped provide an intellectual basis for the promotion of transgender beliefs and sex-change procedures as well as policies and laws that implement them.

“The gender roles of men and women can change culturally,” the cardinal said, adding that there also is “an essential relationship between biological sex and gender role.”

Eijk made the request for an encyclical through Cardinal Kevin Farrell, who heads the Dicastery for Laity, Family, and Life. The request came as the Dutch bishops were visiting the Vatican ahead of their ad limina visit with Pope Francis last week.

According to one account, the proposal’s fate is uncertain. Bishop Johannes Hendriks of Haarlem-Amsterdam said on his blog that during the meeting with Farrell the cardinal did not want to go into “matters concerning medical ethics and sexuality” and did not respond to the cardinal’s request.

Eijk previously explained his suggestion in a March 2017 interview with CNA’s Italian-language sister news agency ACI Stampa. He said he did not necessarily see an encyclical as the only way to address the issue. He suggested a document of another kind could be useful, such as an instruction from the Dicastery for the Doctrine of the Faith.

“However, it is important that it is an authoritative document of the Church on this theory,” he said. “Because we see that international organizations put a lot of pressure on nations to introduce this theory, especially in the world of education.”

“People need it, because they hear about gender theory in the media, in politics, in schools, everywhere. Above all, the Church is called to give her point of view,” the cardinal told ACI Stampa. People need to understand why the Church does not accept gender theory, he added.

“Gender is a sexual-social role of women and men. These roles are considered to be somewhat ‘changeable’ and dependent on culture and history,” he said. “We can discuss the change in the social role of men and women. The point, however, is that the theory of gender implies that the role of man and woman is completely detached from biological sex. This is incompatible with the vision of man presented by the Church, with Sacred Scripture at the basis of doctrine.”

According to Eijk, gender theory is based on “a dualist anthropology” that sees the human person as limited to consciousness and centered in “the brain of rational activities, autonomous choices, and typically human social capacity.” This view of humanity is pervasive and influences “almost all fields of thought, including medical ethics.” It “changes the way we feel and perceive ourselves.”

“This is why it is very urgent to present the true vision of man in this world, otherwise we will lose our way,” he said.

The Church’s vision, he said, can be understood “based on pure reason,” as well as based on Sacred Scripture. The human body belongs to the human person in “an essential way.”

“We have a material dimension and a spiritual dimension, and both are essential to us as human beings,” Eijk explained.

Contrary views try to depict the body as “something extrinsic to the human person and subsequently as a pure means, which has value according to how it is attributed to it by the human person.” This contemporary view gives the human being “the right to dispose of the body in a considerable way” and helps justify assisted suicide, abortion, and other immoral practices.

The cardinal noted the pope’s previous efforts to address gender theory, but he said that these do not address the topic as a central theme.

In the 2015 encyclical Laudato Si’, on God’s creation and care for the environment, Pope Francis encouraged the recognition of the body in its femininity or masculinity and recognizing its “direct relationship with the environment and with other living beings.”

“The acceptance of our bodies as God’s gift is vital for welcoming and accepting the entire world as a gift from the Father and our common home, whereas thinking that we enjoy absolute power over our own bodies turns, often subtly, into thinking that we enjoy absolute power over creation. Learning to accept our body, to care for it and to respect its fullest meaning, is an essential element of any genuine human ecology,” the pope said.

In Amoris laetitia, a 2016 postsynodal apostolic exhortation, Pope Francis wrote that masculinity and femininity are “not rigid categories,” but the masculine and the feminine cannot be inseparable from God’s work of creation. He discussed the need to help individuals, especially the young, “accept their own body as it was created.” He warned about pretensions to “cancel out sexual difference because one no longer knows how to deal with it.”

The cardinal cited both the encyclical and the exhortation.

However, there are other Vatican sources that address the topic. In June 2019 the Congregation for Catholic Education criticized gender theory as a “cultural and ideological revolution.” In its document “Male and Female He Created Him,” the Vatican department outlined the origins of the mindset and the broad movement to enact policies and laws in alignment with its view of humankind. 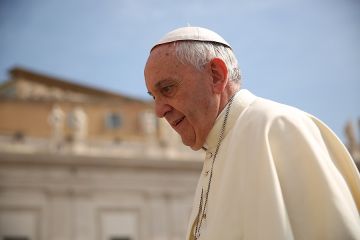 Pope Francis' new encyclical on the environment calls for men and women to acknowledge their bodies as a “gift” from God which should not be manipulated. The letter was released shortly before the Italian senate blocked a controversial ‘anti-homophobia’ bill.