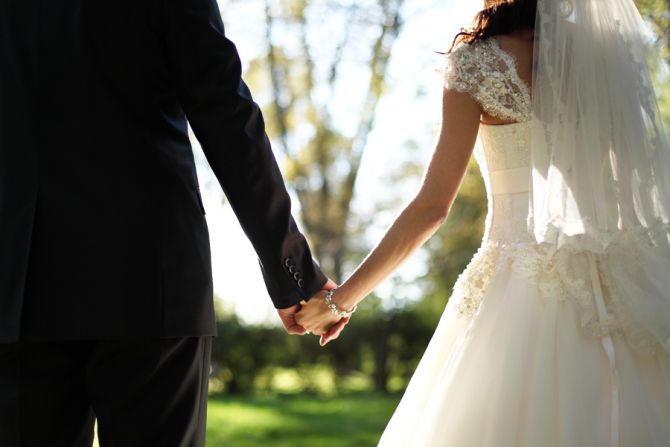 Today the U.S. bishops responded to the U.S. Senate’s passage of the Respect for Marriage Act, saying society “has lost sight of the purpose of marriage.”

“We are gravely disappointed that the misnamed Respect for Marriage Act passed the Senate and continue to call for its rejection,” Barron wrote.

The Respect for Marriage Act passed the Senate Tuesday, redefining marriage to include unions between homosexual couples and mandating that all states must recognize homosexual marriages. The bill passed with bipartisan support, with 12 Republicans voting in favor. As passed by the Senate, the bill enshrines into law and expands the Supreme Court’s ruling in Obergefell v. Hodges, which legalized homosexual marriage across the nation.

Barron wrote that “decades of social and legal developments have torn sexuality, childbearing, and marriage from each other in the public consciousness.” In his statement, Barron called to mind Pope Francis’ 2016 address in which he said, “We can hardly stop advocating marriage simply to avoid countering contemporary sensibilities … We would be depriving the world of values that we can and must offer.”

Barron stated that Christians must share the truth of marriage as “a lifelong and exclusive union, a complete and mutual gift of the husband and wife to each other for their good and for the procreation and education of children, [and] is essential to the common good.”

In addition to contributing to the “diminishment of the sacredness and integrity of marriage in our society,” the act’s passage threatens religious freedom in the U.S., the statement said.

“This bill fails to include clear, comprehensive, and affirmative conscience protections for religious organizations and individuals who uphold the sanctity of traditional marriage,” Barron wrote.

Having passed the Senate, the Respect for Marriage Act will return to the U.S. House of Representatives for a vote on the amendments added by the Senate.

The U.S. bishops stated in a November letter to Congress that the bill’s amendments do not sufficiently protect those with religious objections.

“The amended Act will put the ministries of the Catholic Church, people of faith, and other Americans who uphold a traditional meaning of marriage at greater risk of government discrimination,” the letter stated.

The November letter, penned jointly by Barron and Cardinal Timothy Dolan of the Archdiocese of New York, posited that “the bill will be used to argue that the government has a compelling interest in forcing religious organizations and individuals to treat same-sex civil marriages as valid.”

While stating that “we affirm our respect for the dignity of all engaged in this debate,” Barron reaffirmed the U.S. bishops’ continued opposition to the Respect for Marriage Act. The present bill would not require any state to allow same-sex couples to marry, but would require states to recognize marriages contracted in other states. Father Otis Young, 71, who retired in July, was pastor for approximately 10 years at St. Peter Catholic Church in Covington, Louisiana.