Where Catholics live in the United States, explained in four charts 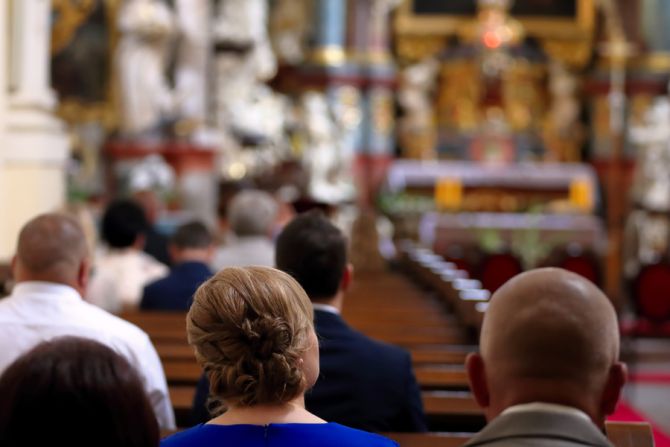 As 2022 comes to a close, here are four charts that help to explain, in visual terms, the Catholic presence in the United States. Catholicism is the largest religious body in 36 U.S. states, and the data show that Catholicism is growing fastest in the South and West, even as it declines in the Midwest and Northeast.

The data for these charts come from the U.S. Religion Census, which is conducted by the Association of Statisticians of American Religious Bodies every 10 years, most recently in 2020. Its 2020 survey reported that there were 61.9 million Catholics in the U.S., about 18.7% of the population.

While Protestants collectively outnumber Catholics in the U.S, the researchers of the U.S. Religion Census viewed various Protestant bodies as their own denominational groups, not collectively. According to this categorization, Catholics are the single-largest religious group in the U.S. There are about three times as many Catholics as nondenominational Christians or Southern Baptists, the next two largest groups.

The Catholic population in the United States has grown by about 2 million people in the past 10 years. Much of that growth has been concentrated in the South — today, the South has more Catholics than any other region. Fifty years ago, 71% of U.S. Catholics were in the Northeast and Midwest; in 2020, 45% were.

At the county level, Catholics are most prevalent mainly in New Mexico and in Texas along the Rio Grande. There is at least one Catholic congregation in 2,961 U.S. counties, a number bested only by the United Methodists. The end of a reigning pope’s life is observed by a series of very well-timed and well-understood rites. But what are the protocols when a pope emeritus dies? Father Oscar Martín has been publicly harassed for preaching the Catholic doctrine on homosexuality. Security agents had arrested Bishop Tsalim and two priests Oct. 15 at Asmara International Airport upon the bishop’s arrival from Europe.