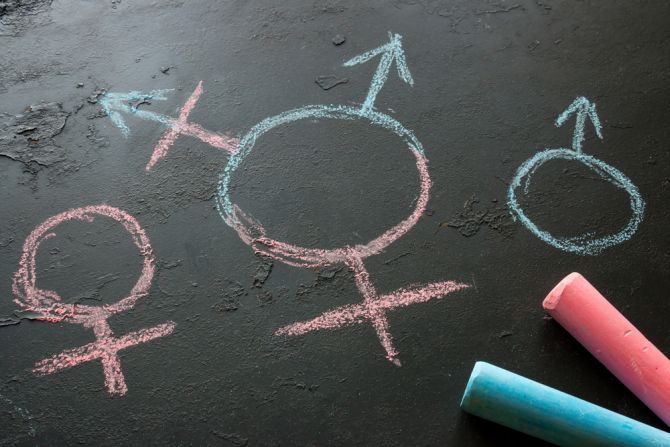 The Assembly of Catholic Bishops of Ontario sponsors Fully Alive, calling it a “family life education program.” It accounts for about 20% of the religious education program in Ontario Catholic schools and is taught about once a week, the Toronto bishops’ website said. The series was first published between 1988 and 1992, with updates in 2006 and 2012.

Family life and sex education, as represented in Fully Alive, “is intended to pass on a distinctively Catholic view of human life, sexuality, marriage, and family. Its goal is to complement the efforts of families and to support what parents are doing at home.”

Pearson had served as the publisher for the Fully Alive curriculum, which includes grades 1–8 textbooks and accompanying teachers’ resources.

A Pearson spokesperson told CNA on Jan. 12 that it is “in the process of ending its support for Fully Alive.” It stopped printing in December and will stop its support for the digital version by March.

Critics of the decision included the Institute for Catholic Education, a Toronto-based Catholic education body, which had helped choose the Fully Alive curriculum for the bishops. The institute told CBC Toronto that parents “rightly expect that the presentation of a family life curriculum will reflect a Catholic view of human life, sexuality, marriage, and family.”

Pearson Canada will continue to publish a different series for Catholic schools in Canada, “Growing in Faith.”

Kyle Iannuzzi, a former student trustee at the Toronto Catholic District School Board who now serves as a member of its LGBT+ advisory committee, filed a complaint about the books with Pearson Canada in June 2022. Six months later, the company told him it would stop printing the books. This month, Ianuzzi found that the digital versions were still available.

He told CBC Toronto that the Fully Alive curriculum excludes those who don’t identify as heterosexual or who have gender identity issues. He contended that the curriculum provides “sexualized notions of self that adhere with the Catholic faith but are at odds with the reality of science and nature.”

“It really fosters an experience of loneliness,” Iannuzzi said, claiming that it contributes to self-harm among “queer kids,” especially “in Catholic environments.”

Paolo de Buono, a Toronto Catholic District School Board teacher, runs a website called “Stop the Catholic Harm” that is critical of the Fully Alive curriculum. Among the content he found objectionable was the title of a Fully Alive theme for the third grade, “Created Sexual: Male and Female.” He considered this title to be “by intention homophobic.”

“[W]hat is taught in Catholic schools in Fully Alive would easily be considered homophobia or transphobia or both in a public education context,” de Buono’s website charged.

In his summary, he objected to teaching students “that sexual love should only occur in a male-female marriage (in which children should only be born or adopted) and that persons should identify by gender with the gender (male or female) attributed to them at birth.”

De Buono has stopped using Fully Alive in lesson plans. He told CBC Toronto: “No Catholic teacher should be teaching this type of content to students.”

Pearson Canada is conducting diversity, equity, and inclusion reviews of its K–12 content, including religious content, according to a statement on its website. The statement noted that its website has a page to report potential bias.

“If someone feels a resource or service lacks diversity, perpetuates stereotypes, or presents bias against any group, they can report their concerns through the portal or contact their local representative,” the statement said.

The Assembly of Catholic Bishops of Ontario and the Vatican’s Catholic education body have addressed questions about sexual orientation and identity.

In a 2016 document titled “The Human Person, Love, and Sexuality,” Ontario’s Catholic bishops encouraged Catholic teachers to “present the Catholic Christian version of human life and love, including the meaning of sexuality, chastity, and marriage.”

The bishops’ document discussed the Catholic approach to sexuality and identity and concepts of sexual sin and morality. It further stressed the importance of pastoral care for students who have feelings of same-sex attraction or who question their sexual or gender identity. The document both noted the importance of not affirming sinful sexual acts and clearly rejected harassment or bullying.

In the June 2019 document “Male and Female He Created Them,” the Vatican’s Congregation for Catholic Education took a critical stance toward gender ideology and affirmed “the legitimate aspirations of Catholic schools to maintain their own vision of human sexuality.”

It warned against gender ideology-based educational programs that promote ideas of personal identity and intimacy “that make a radical break with the actual biological difference between male and female.” “Scandal, Story of an Obsession” is a Mediaset España production that began being broadcast on Telecinco Jan. 11. A diocesan official’s account is at odds with Frank Pavone’s prior statements to CNA and other media outlets claiming he wasn’t officially informed of his dismissal from the priesthood. Father Scott Herrera, the church’s pastor, told CNA Thursday that he believes the vandal, who was caught on security cameras in all three incidents, is the same person.