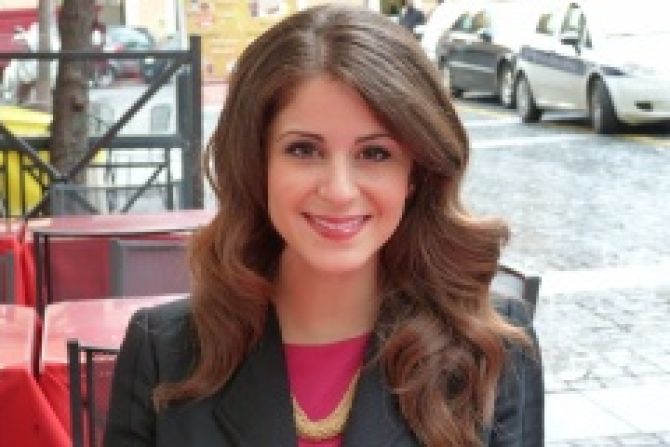 Pro-life activists protested outside the clinic of a Washington, D.C., abortionist who admitted during an undercover interview that he "would not help" any infant that survives an attempted abortion procedure.

Melissa Ohden, a survivor of an attempted abortion, spoke at the May 1 protest, saying she was thankful that the doctors at the abortion facility where she was born "didn't subscribe to Dr. (Cesare) Santangelo's credo that children like me should be left to die."

"They didn't see me as a liability, they didn't hate me for surviving, they saw my humanity," Ohden said.

"This is something that we can all agree needs to stop, and we're not going to stop doing this work until we see an end to these grave injustices," she said.

Live Action is releasing a series of undercover videos filmed in abortion clinics across the country. The videos reveal a willingness to commit infanticide in the event that a baby survives an abortion procedure.

Video footage and transcripts released by the organization on April 29 show Santangelo – a doctor who runs an abortion practice at George Washington University – and a clinic nurse promising that if an infant were to survive a late-term abortion, they would treat the child as if he or she had "do not resuscitate orders" and, as if they were treating someone with terminal cancer, "wouldn't do any extra procedures to help that person survive."

This latest investigation coincides with the trial of Philadelphia abortionist Kermit Gosnell, who is currently charged with the murder of one woman under his supervision and several additional charges of murder for infants who were allegedly born alive and then killed by Gosnell or his staff members.

Rose warned that "Gosnell is not an outlier," but that Live Action has documented a similar willingness to kill or fail to care for infants who survive abortions in clinics throughout the country.

"We can do so much better as a country, and we can do better for women than this," Rose stated.

Marjorie Dannenfelser, president of the pro-life Susan B. Anthony List, also spoke at the protest, calling Santangelo's comments "an unacceptable and inhumane tragedy."

"If this is not rank discrimination and unspeakable cruelty, what is?" she asked.

Dannenfelser and several other speakers asked the building to evict Santangelo, and called on authorities to prosecute abortionists who break the law.

Dyllan Harrington, a protest participant, told CNA that he was moved by the testimonies of the speakers, who each "had a story of a personal experience to tell."

He explained that he was driven to attend the protest by Santangelo's comments, because "when infanticide is acceptable it's just proof that abortion is murder – it's something that's inhuman and cruel."

Other participants explained that the Catholic chaplaincy at George Washington University has gathered with students every week for years to pray the rosary outside of the clinic.

Lisa Campbell, a student at the university, said that many students "don't know there's an abortion clinic on campus." The public protest helped draw attention the clinic's presence, she observed, noting that "it was nice to see the students stop as they walked by and take note of what's going on."

Some counter-protesters also appeared at the event. Freshman Alicia Little told CNA that while she had not heard of Santangelo or Gosnell, she knew "that there have been protests here before" and thought that it was important for "both sides to be represented" at the event.

"I just personally think that it should be a person's choice to have an abortion or to have a baby at all," said Little, adding that she believes that "it should be available whenever" and that "any reason is a valid reason" to abort.

Fr. Greg Shaffer, Catholic chaplain at George Washington University, told CNA that while he has become accustomed to seeing evil over the past 20 years of involvement in the pro-life movement, "this goes to another level."

"To defend infanticide – you can't do it," said Fr. Shaffer, adding that he was "very happy" at the prospect of the abortionist's possible removal from campus.

"It's really an answer to our prayers and we know that something is happening here," he said.