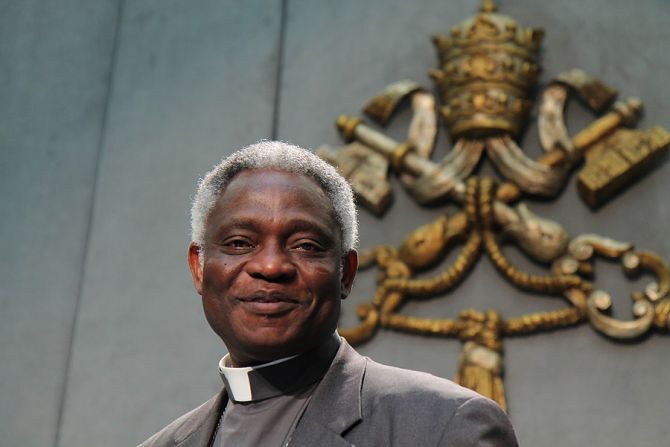 Respect for the environment is a matter of justice, connected to respect for human life and founded upon our relationship with God and his creation, said Cardinal Peter Turkson of Ghana.

“The concern for the earth must go in tandem – side-by-side – with concern for human life itself,” he said.

The cardinal, who heads the Pontifical Council for Justice and Peace, spoke last week to a group of pilgrims at World Youth Day in Rio de Janeiro, Brazil.

He delivered the keynote address at a conference hosted by Creatio, a group that seeks to address environmental problems by promoting reconciliation between humans and creation.

“I think it's very providential that we're gathered here in Rio,” he said, noting that the city has hosted prominent United Nations environmental meetings, dealing with sustainability and solidarity with past and future generations.

Cardinal Turkson discussed environmental issues in the context of Catholic social teaching. While it is sometimes said that the Church's social teaching began with Pope Leo XIII, the cardinal rejected this claim, explaining instead that Pope Leo formalized principles that had always been in place.

“Biblical faith always has a social component,” he said, pointing to Old Testament passages directing the people of God to show concern for the social order.

The Popes of the last century have been clear and consistent in reaffirming this teaching for a modern audience, he stated.

Examining Papal writings from Pope Leo XIII to Pope Francis, he traced a common thread of teaching that disrespect for the environment ultimately means disrespect for human life itself.

Through various encyclicals and papal messages, the recent Popes have shown a relationship between man and the rest of creation, stressing that the Catholic faith has implications for the world and the environment.

This tradition of linking humanity with creation continues with Pope Francis, the cardinal said, pointing to the Holy Father’s inaugural Mass, in which he repeatedly called for people to be “protectors of one another and of the environment.”

In this way, the Church invites us to recognize the connection between natural ecology and human ecology, Cardinal Turkson said.

The cardinal invited his audience to reconsider the way they see the created world. He stressed the importance of understanding our world as a cosmos, or ordered system, that derives its order from the Word of God, which puts everything in its place.

Justice demands that we work to preserve the order that God put in place, Cardinal Turkson said. He explained that this concept is deeply connected to the relationships that we maintain.

“All of our social lives are bound up in a network of relationships,” he observed, pointing to the examples of marriage, parenthood and friendship.

“Justice is respecting the demands of the relationships in which we stand,” the cardinal emphasized, and this includes our relationship with the environment.

We live our lives in relationships, and it is there that we find guidance in interacting with the created world, he said, adding that the solution to many environmental problems, like other challenges faced by humanity, is a fundamental and authentic “conversion of heart.”