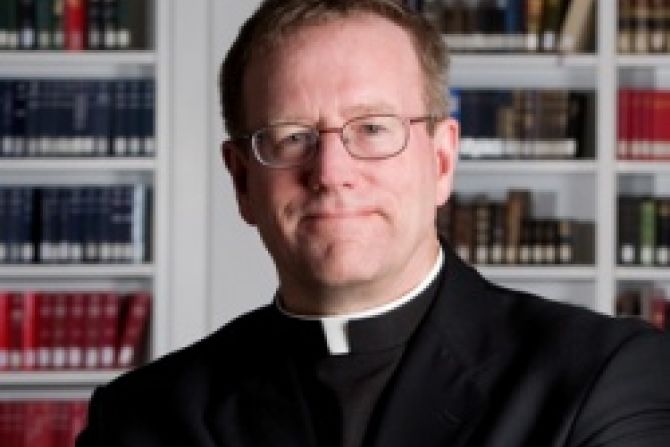 The second installment of the popular "Catholicism" series by Fr. Robert Barron is being released this month, with a focus on the New Evangelization and the Church's response to secularism in the West.

"While the content of the Apostolic Faith remains the same, all Catholics are called to share it with new ardor, new expressions and new methods," said Fr. Barron in a statement announcing the Sept. 3 release.

Fr. Barron is founding director of Word on Fire Catholic Ministries, a nonprofit media organization to support Catholic evangelism through the lives of the saints and through the Catholic traditions of art, architecture, poetry, philosophy and theology.

A noted author, speaker and theologian, his cultural commentaries on YouTube have been viewed collectively more than eight million times.

The new documentary, "Catholicism: The New Evangelization," explores the Church's mission of "actively sharing the beauty, goodness and truth of Catholicism" amid the challenges posed by contemporary Western culture.

It builds on Fr. Barron's previous documentary, "Catholicism," which explained various elements of Church teaching. Released in 2011, the original documentary was well-received, airing on PBS and EWTN, and being used as a formation program at the parish level.

The latest installment will focus on how to turn Church teaching into action in the modern, secular culture, examining initiatives that have been successful in reaching out to contemporary society.

Among the topics addressed by the new DVD are moral relativism, "new atheism," media and evangelization, the use of culture in spreading the Gospel, and every Christian's call to evangelize.

Presented in six parts, the 90-minute documentary begins by reviewing the definition and history of the New Evangelization before highlighting "numerous examples of individuals and groups proclaiming the Gospel with creativity and innovation."

Among the new methods being used to evangelize are the fantasy works of J.R.R.Tolkien and the television show of Venerable Fulton Sheen, along with various modern internet endeavors.

Accompanying the new series is a study program for adults written by Brandon Vogt, a Catholic blogger and advocate of the New Evangelization.