'The right to forget': sins are left behind in the confessional 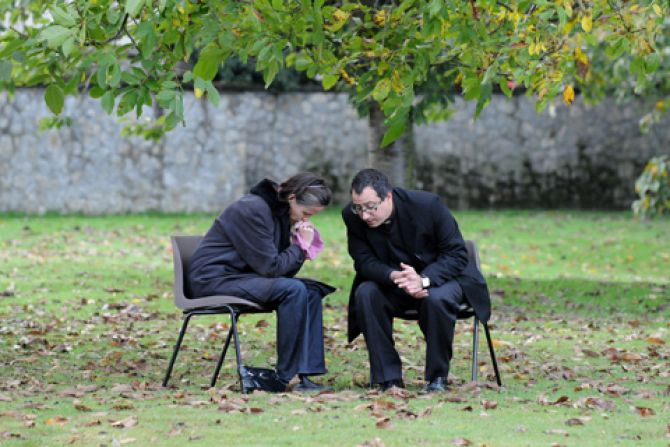 Speaking about the "right to forget" sins after confessing them, a Vatican official stressed that God's mercy truly frees us from our past sins if we truly repent of them.

Cardinal Mauro Piacenza, the head of the Apostolic Penitentiary – a Vatican tribunal dealing with issues involving the forgiveness of sins as well as indulgences – explained that while "it is right to sanction someone who has made a mistake," there is also a right "to not have the errors of the past harm one's reputation forever."

According to L'Osservatore Romano, Cardinal Piacenza concluded a conference on "The Secret of Confession and Pastoral Privacy," which the Apostolic Penitentiary held at Rome's Palace of the Chancery on Nov. 13.

In the ordering of divine justice, he explained, this right to forget past sins "is always acknowledged for the penitent who, with a humble and repentant heart, approaches the Sacrament of Reconciliation."

After absolution has been granted, he continued, "God, rich in mercy, no longer remembers the sin of the penitent, because it was definitively eliminated by the greatness of his love."

With regards to the seal of confession, he said, the Church has acquired vast experience over the course of centuries and has developed "detailed and rigorous norms aimed at shielding and protecting what could undoubtedly be considered the highest form of secrecy, which belongs to each confessor."

He also highlighted other topics discussed during the conference, including the importance of confession and spiritual direction as the principal means for formation at the most personal and interior dimensions.

Other speakers at the conference focused on young people's need to "be listened to, to authentically relate to the truth, for mercy, guidance and salvation," he noted.

Justice "is another way of loving God, that is, another way in which God wishes the good of man," the cardinal explained.

"It should be emphasized that when God uses justice, He is loving. One of the forms of love is respecting justice."