William May, the prof who renounced his dissent from Humanae Vitae 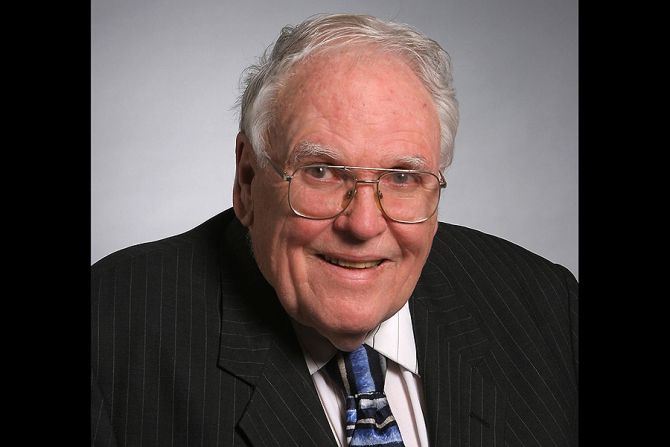 Dr. William E. May, of the Pontifical John Paul II Institute for Studies on Marriage and Family at the Catholic University of America, died Dec. 13, 2014. | Pontifical JPII Institute.

William E. May, a professor who retracted his one-time dissent from Humanae vitae and became an influential pro-life teacher and defender of Catholic moral ethics, died on Saturday.

"Teaching was everything to Dr. May," recalled his former student Kathleen Buckley Domingo. "He treated all of us as though we were so important and sharing his wisdom with us was the most important thing he could do."

"Dr. May never minced words and didn't go out of his way to be gentle. He told you what you needed to hear so that you could go be a better disciple, a better evangelizer," Domingo told CNA Dec. 17.

May died Dec. 13 after suffering from an infection; he was 86.

He was a professor of moral theology at Catholic University of America from 1971 until 1991. He then joined the faculty of the Pontifical John Paul II Institute for Studies on Marriage and the Family, which is located at the university.

The institute on Dec. 15 voiced "profound gratitude" for May's friendship, scholarship, and service to the Church.

He was a recipient of the Pro Ecclesia et Pontifice Medal, the highest honor a Pope can give to Catholic laity and religious. He also received the Fellowship of Catholic Scholars' Cardinal Wright Award.

May wrote many academic articles and several books on topics including bioethics, sexual ethics, marriage, and chastity. He co-authored a book defending Blessed Paul VI's 1968 encyclical Humanae vitae, which reaffirmed Catholic recognition of the immorality of contraception.

However, May was not always on the orthodox side of Humanae vitae. He played a small role in the well-organized and influential rebellion against the encyclical, pro-life advocate Connie Marshner reported on the Human Life Review blog Dec. 17.

At the time the encyclical was issued, May was a doctoral candidate in philosophy at Marquette University. According to Marshner, he signed a public letter dissenting from the encyclical. The widely publicized letter was organized by Fr. Charles E. Curran, then a professor at Catholic University of America, who had the year prior been fired from his position for rejecting Catholic moral teaching, only to be rehired amid controversy.

May repented of his dissent after studying the moral theology of Germain Grisez, and he quietly asked for his name to be removed from Curran's letter. He then applied for a job in the religion department at Catholic University of America.

"The academic climate of 1971 was such that  because  Bill May had signed that dissent against Humanae Vitae, and had never publicized his repenting of it, he  got the job," Marshner said.

When May refused to stop teaching in support of Humanae vitae, the department fired him five years after he was hired. However, he was awarded tenure by a single vote in the Catholic University of America's Graduate School of Theology.

May later served as an advisor to the California-based Catholics for the Common Good. The organization's president, the similarly-named William B. May, lamented his death.

"Dr. May was such a wonderful man who inspired so many of his students by not only what and how he taught, but by the way he lived his life," William B. May said in a statement on the group's website.

He praised May's "great contributions to the Church," particularly the theologian's book "The Theology of the Body in Context." This provided a synopsis of St. John Paul II's writings on marriage, family, and sexuality.

Domingo, who studied under May in the mid-1990s, said he gave the "intellectual scaffolding" to the pro-life movement. "He provided the reasoning and arguments to those of us in the movement."

She is now Life coordinator in the Archdiocese of Los Angeles' Office of Life, Justice and Peace.

Marsher agreed with May's importance as a pro-life intellectual.

"And for this Bill May deserves the thanks of the pro-life movement around the world. May his memory be eternal."

May's funeral Mass will be held at Holy Redeemer Catholic Church in Kensington, Md. on Dec. 20 at 10 a.m.