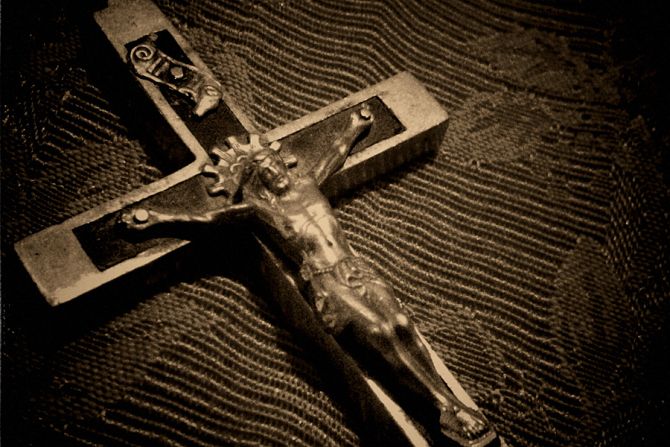 In a recent Facebook post, well-known Roman exorcist Father Gabriele Amorth said the Islamic State (ISIS) "is Satan," and he also questioned the lack of response from Western nations.

"ISIS is Satan. Things first happen in the spiritual realms, then they are made concrete on this earth," he said in an April 8 post on the social media website.

Father Amorth continued, "there are only two spiritual realms: The Holy Spirit and the demonic spirit."

He said the demonic enters in "because evil is disguised in various ways: political, religious, cultural, and it has one source of inspiration: the devil. As a Christian I fight the beast spiritually."

"The political world, which today seems to lack a response in face of the massacre of Christians, will also have to fight ISIS and it will do it in a different way. If it advances as it seems to be doing, we ask ourselves what has the West done over the course of the last decades."

The priest, who founded the International Association of Exorcists, explained that Satan "keeps saying that the world is in his power, and what he says is true. Biblically speaking we are in the last days and the beast is working furiously."

ISIS took control of the largest Christian city in Iraq, Qaraqosh, in August last year, causing tens of thousands of people to flee.

The terrorist group has persecuted and murdered Christians and other religious minorities in parts of Syria and Iraq.

Fr. Amorth, age 90, has performed over 70,000 exorcisms during the past 29 years. The number is so high because carrying out an exorcism can require multiple sessions and each time the rite is administered it is counted as one instance.

Fr. Amorth has previously spoken about the danger posed by people no longer believing in the devil, as well as a shortage of exorcists.