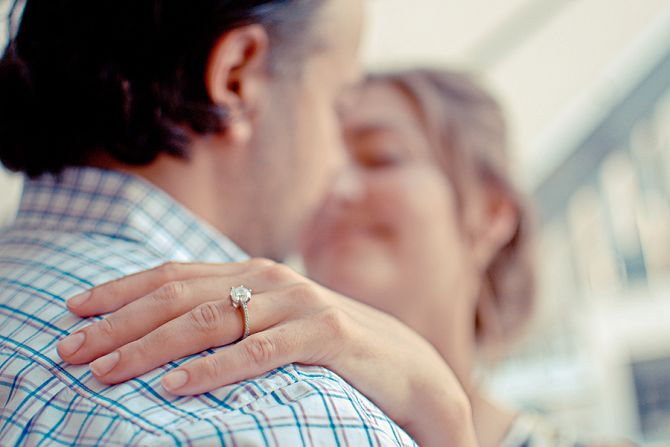 In their spring general assembly held last week, just four months before the Synod on the Family in Rome, top U.S. bishops took a united stand in support of marriage and family life as the Church has always understood it.

"We need to be more effective in our communication of the meaning of marriage as one man and one woman, on married couples' call to be open to life, and on the dignity and responsibility of the vocation of marriage," Archbishop Joseph Kurtz of Louisville, president of the U.S. bishop's conference, told the assembly June 11.

An incorrectly translated relatio document, as well as skewed media coverage and news of the "Kasper proposal" during last year's Extraordinary Synod led to confusion among some Catholics about the purpose and practical effects of the Synod on the Family.

This year, speculation and anticipation about the outcome of the synod has been rampant, causing Pope Francis himself to call for more prayer and less "gossip" about the upcoming meeting.

In an interview with CNA, Archbishop Kurtz said that while he is glad that there is so much excitement leading up to the synod, he would ask Catholics to become students of the process of the synod in order to best understand what is happening.

"I tell anyone who asks: please read the materials, because the work of the synod will be based on how we ended the last synod," he said. "If someone really wants to follow the process, they really need to become students of that."

Cardinal Timothy Dolan of New York told EWTN News Nightly he sees many reasons to hope that the upcoming synod will be just what the Church needs in terms of better serving married couples and families.

"The good news is the Holy Father has emphasized the importance of marriage and family as an extraordinarily high priority as a pastor for him and for the Church," he said.

Those who are expecting the synod to bring about radical changes in Church teaching and practice will be disappointed, Cardinal Dolan added.

"(The bishops) are a little afraid that sometimes this is coming across as some type of … committee meeting to think about a change in the biblical understanding of marriage, which is impossible, and which is anything but the Holy Father's intent," he said.

"And so it'll be fine, it always is. Pope Francis is inspiring us and reminding us that the Holy Spirit is in charge," he explained. "The Holy Spirit can work through confusion, discussion, even arguments, even sometimes misunderstandings, he can bring focus and clarity out, and that's what the bishops expect from the synod.

When asked what he thought the biggest threat to marriage and the family is in the Church today, Cardinal Dolan told CNA that he believes it is sin.

"Sin is our desire to redefine marriage to how we'd like it to be instead of redefining ourselves to be in consonant with God's will," he said. "So the threat is to prefer our way to God's way, but God is the creator. God has given us marriage, it's one of the first things he gave us in the Garden of Eden. So he's told us what marriage is about, he's told us it's forever, it's life-giving, it's loving, it's faithful, and if we attempt to chip away at that, and to change those divinely given qualities, we're in big trouble."

Archbishop Salvatore Cordileone of San Francisco, chairman of the U.S. bishops' subcommittee for the promotion of marriage, knows first-hand how difficult it can be to stand in support of traditional marriage in today's culture.

Recently in his own diocese, Archbishop Cordileone's attempts to clarify Church teaching on marriage and family in diocesan school handbooks caused vehement uproars among school staff, students and many lay faithful, some of whom even petitioned the Pope for the archbishop's removal.

Despite the emphatic opposition from many in his own diocese, Archbishop Cordileone has been unwavering in his support of Catholic teaching regarding marriage and family.

"We support marriage because of the great good marriage does in bringing men and women together, two halves of humanity coming together to procreate and raise the next generation of children," he told EWTN News Nightly.

"So the basic question is, does society need an institution that connects children to the men and the women that bring them into the world, or not? Is that a good thing for children or not? If it is a good thing, then we have to support marriage as it's always been understood … because it's the only institution that does that."

Archbishop Cordileone said in his address to the bishops that he saw the events leading up to the synod – such as the Supreme Court's upcoming decision on the definition of marriage, the World Meeting of Families, and the Fortnight for Freedom – as teaching moments of which the Church should take advantage.

"We must publicize and demonstrate the beauty of marriage and family life, support those families who are struggling, and uphold strong families as examples."

Strengthening the vocation of marriage as the source of the family must be a priority for Catholic clergy leading up to the synod, Cardinal Dolan said.

"That's what God intends, and that's what we should be working for; not wasting our time trying to redefine it."

The upcoming Ordinary Synod on the Family is set to take place Oct. 4-25, with the theme "Jesus Christ reveals the mystery and vocation of the family." The conclusions of the gathering will be used by Pope Francis to draft his post-synodal apostolic exhortation, which can be expected in 2016.