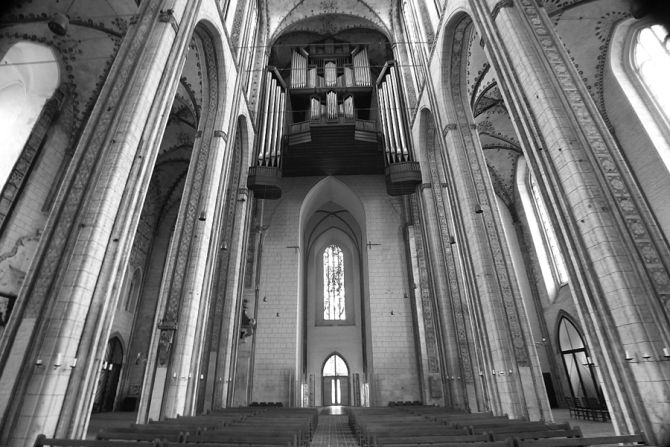 Dr. John Grabowski, a professor of moral theology at Catholic University of America, said that the push for "sacramental equality" by groups such as Dignity USA shows "a lack of understanding of what the Church is and the nature of the Church and what the sacraments are."

"'Marriage equality' made for a good slogan, but in the Church's understanding, marriage is not something that can be 'redefined'; if you will, by interest groups, by government, or even by the Church itself," he told CNA July 29.

Dignity USA on July 5 announced support for "full access to marriage and ordination" in the Catholic Church. The group's annual convention, held in Seattle, approved a resolution that said Catholic leaders should "ensure that all of the sacraments of our Church be administered regardless of the gender identity, sexual orientation, or relational status of the person(s) seeking the sacrament."

The group already rejects Catholic teaching on the immorality of homosexual acts.

"We can't be fully equal if we are barred from any of our Church's sacraments," she said. Her statement cited the U.S. Supreme Court's recognition of civil same-sex marriage in June as a precedent for cultural change.

Grabowski said Dignity USA's position was "unfortunate." He said that marriage has been "created by God" and no one can reconfigure or redefine it.

The Catholic understanding of marriage draws from the Book of Genesis in which God creates man as male and female and commands them to "be fruitful and multiply," he explained.

Marriage reflects God as "a communion of persons" and a "unity of love." Marriage is how man and woman "participate in his great capacity to create new life in God's image," said Grabowski.

Jesus Christ teaches this understanding of marriage in the Gospel of Mark, when he cites Genesis. Grabowski said Catholic morality distinguishes between different forms of discrimination.

"Unjust discrimination is always morally evil, but not all distinction is discriminatory and unjust," he said.

Elk Stanley, senior legal counsel with the legal group Alliance Defending Freedom, said that Catholic individuals and organizations can face can face lawsuits and other threats due to non-discrimination laws and ordinances regarding employment and places of public accommodation.

But he did not think Dignity USA's position would pose a problem for the legal defense of Catholic groups or individuals that support Catholic teaching.

"It is difficult to predict what will sway judges, regulators, or legislators," Stanley said. "Legislators and others have attempted to cite churches that have left the evangelical Protestant teaching on marriage as proof that churches are changing their ways. But this is probably less of a concern for the Catholic Church which has been clear for hundreds of years regarding its doctrine as it relates to marriage and human sexuality."

"Absent a change from the leadership of the Catholic Church on these issues, the voice of one dissident group will not likely be attributed as Catholic church doctrine," Stanley told CNA July 29.

Grabowski saw the move to change marriage in the Catholic Church as a consequence of the June 2015 U.S. Supreme Court decision. However, he said it also reflects cultural trends dating back five or six decades. Contraception and no-fault divorce already represented a cultural definition of marriage.

Both groups are part of the Equally Blessed Coalition. Their financial backers include the Arcus Foundation, which gave the coalition a $200,000 grant intended "to support pro-LGBT faith advocates to influence and counter the narrative of the Catholic Church and its ultra-conservative affiliates." The advocacy efforts are connected with the Synod on the Family and World Youth Day, according to the grant listing on the foundation's website.

The foundation has helped fund advocates of doctrinal and liturgical change within other religious denominations, including the Episcopal Church. The Arcus Foundation is also pursuing a strategy of combating religious freedom exemptions.