The new annulment process went into effect this week 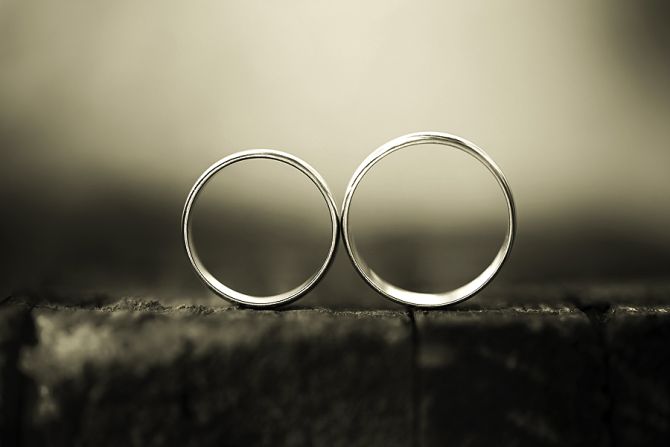 With the launch of the Jubilee of Mercy, Pope Francis' reforms to the annulment process have gone into effect, giving more of a role to the local bishop, dropping automatic appeals, and ensuring that the process is free of charge.
The new process is aimed at streamlining the system for granting annulments out of concern "for the salvation of souls" while affirming the longstanding Catholic teaching on marriage indissolubility.
Originally announced in September, the changes went into effect Dec. 8, the feast of the Immaculate Conception and the opening day of the Jubilee for Mercy.
The changes were initially published in two motu proprio - or letters issued by the Pope "on his own initiative." The documents were entitled "Mitis Iudex Dominus Iesus" (The Lord Jesus, a meek judge), which deals with modifications in the Latin Rite's Code of Canon Law, and "Mitis et misericors Iesus" (Jesus, meek and merciful), which outlines changes for Eastern Churches who, although in full communion with Rome, have historically had a different process.
Both documents reflect many of the same changes, however instead of bishops, "Mitis et misericors Iesu" refers to Eastern patriarchs and eparchies.
In a brief introduction, Pope Francis stressed that his adjustments "do not favor the nullifying of marriages but the promptness of the processes."
He said that he decided to make the changes in line with the desire of his brother bishops, who during last year's extraordinary synod on the family called for the process to be "faster and more accessible."
Many have criticized the current process of obtaining an annulment for being long, complex and in some places, too expensive.
Reform was also required due to "the enormous number of faithful who…too often are diverted from juridical structures of the Church due to physical or moral distance," the Pope said, adding that "charity and mercy" require the Church as mother to draw close to her children who consider themselves far off.

Read article
Among the more significant changes the Pope made were dropping the automatic appeal needed after a decision on nullity has been reached, as well as allowing local bishops to make their own judgements on "evident" cases of marriage nullity.
Until now, once a decision had been made to declare a marriage null, the ruling was automatically appealed to another body, a practice many have blamed for unnecessary delays in the process.
With Francis' new changes, only one judgement will be needed. However, in the case that it is appealed, the Pope said that appeals can be done in the nearest metropolitan diocese, rather than needing to go to Rome.

He also decided that each diocese throughout the world will have the responsibility to name a judge or tribunal to process incoming cases.
The bishop can be the only judge, or he can establish a three-member tribunal. If a three-member tribunal is established, it must have at least one cleric, while the other two members can be laypersons.
Francis has also declared that the annulment process will be free of charge. Although the practice is already in place in many dioceses around the world, the new change makes it universal.

In his introduction, the Pope recognized that the streamlined process, particularly the new procedures surrounding the decisions made by bishops, could raise concern over the Church's teaching on the indissolubility of marriage.
"It has not escaped me how an abbreviated judgment might put the principle of indissolubility of marriage at risk," he said.
"Indeed, because of this I wanted that in this process the judge would be composed of the bishop, so that the strength of his pastoral office is, with Peter, the best guarantee of Catholic unity in faith and discipline."
The Pope also explained that he wanted to offer the new process to bishops so it can be "applied in cases in which the accused nullity of the marriage is sustained by particularly evident arguments."

A version of this article originally ran on CNA Sept. 8, 2015, with the headline, "Revamped annulment process focuses on speed, role of local bishops."